I want to note some points related to this topic: 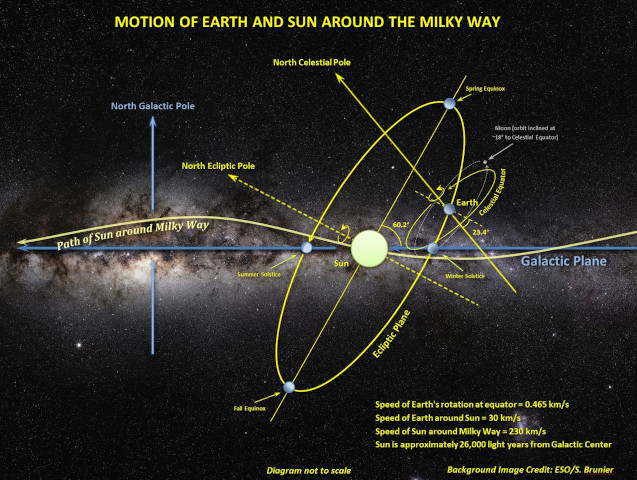 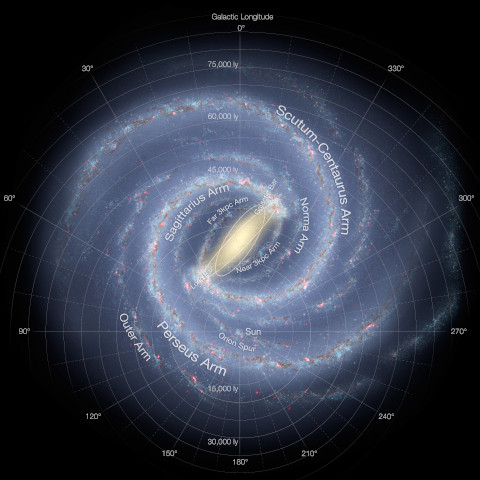 - Sturnclaw made a tool that downloads a csv file of HYG catalogue, creates a packed binary archive of stars from it, and also implemented the loading of this data into the game at runtime. These stars are also given in the coordinate system based on the equatorial coordinates as seen from Earth. In addition, it requires the union of multiple stars, as well as some kind of integration with custom systems that already exist in the game.
- The density of stars in the HYG catalog drops quite quickly when moving away from the Sol
- There are 10215 stars in the HYG catalog with a distance of 100,000 parsecs from the Sol. Most likely these are some extragalactic objects.

It turns out that the galaxy in Pioneer needs to be rotated 90 degrees, and then the custom systems should be rotated in accordance with the orientation of the earth (just need to find the right matrix, not hard).

Therefore I suggest the following steps:

1. Transfer the coordinates of the Sol relative to the center from [25000,0] to [0,-25000] (in ly)
2. Rotate the custom systems into the galactic coordinate system (need a simple script)
3. Add various filters when parsing HYG data, such as:
- search and integration of multiple stars into systems
- ignoring the system if it is already in the list of custom systems
- ignore stars with obviously wrong distance (such are there)
...
4. Determine the reference density of stars in the vicinity of the sun, and use it to generate additional stars where custom and catalog begins to thin
5. Repair everything that breaks in factions (it will probably break)
6. Add the orientation of the local coordinate system to the parameters of the star system (in order to correctly display the sky box).


Well, a few additional points that would be good, but it's more difficult:

6. Add globular star clusters, as a list of center coordinates and some parameters that will be taken into account when generating random systems. Also, this list can be displayed in the galaxy map, as bookmarks.
7. Add the option of parsing catalogues Tycho-2 and GSC-2, most likely right on the fly, i.e. the player must be connected to the internet.

P.S. I think that these changes may make the previous savegames incompatible, but:
- Any change in the position of the stars will make it
- I think that you can ask everyone interested to return to the Sol before updating the version of the game.
Last edited by Gliese852 on Sat Jul 11, 2020 9:15 am, edited 1 time in total.
Top

My only thought is that converting the different coordinate systems should be done such that pre-processing future data bases (like Tycho / GSC) be as easy and compatible as possible, and that custom systems use the coordinates seen in-game, I assume, since that's what the author will see / experiment with, when iterating new systems.

Also, for future reference, HYG PR here: 4879, where in I mention the faction-problem, and suggest: 1. remove all factions except Sol, Conf, & Haber, and 2. assign systems to each based on some fixed list or coordinates and/or sectors.

Don't worry about breaking save games, this would be well worth it.
Top

I found this site http://galaxymap.org/drupal/node/45
It's ... well it's a long term project with a LOT of detail about many things, aggregating a bunch of info and I've only just started to scratch the surface.
Mapping the galaxy in whole is not currently possible but this site seems to have lot of info that we could use to derive interesting things about ours
Top
Post Reply
23 posts