It's an other really nice looking ship Noz :)
Top

nozmajner wrote:
7. A large passenger transport from a SolFed yard. 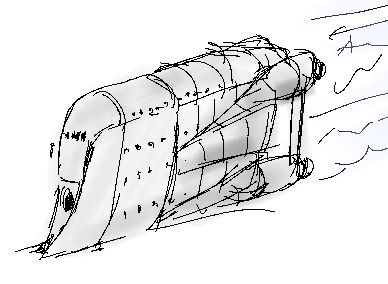 I quite like the way this looks, I came up with something similar. Might be interesting to make a mix of the two and see what we can come up with.
Top left one The ship on the right was an idea I had for a medium Fighter ship. Something along the lines of the old FE2 Eagle since there really isn't anything like it in game right now.
Top

To kick of the first post of 2017, here's an OPLI ship I doodled up during the winter break: It's the one in the center, a smaller sister of the Natrix, called Seminatrix.
It's in the same ballpark than the Mola Mola regarding cargo capacity. Longer, but flatter. Uses some parts from the Natrix and Sinonatrix.
It will also be a nomral baking testbed for me (which might mean that most ships will need reUV-ing and retexturing for proper normal maps).
Top

Adding or modifying ship components (such as cargo pods, enlarged engines, or extra weapons pods) will or should change the external appearance of a ship. How could we implement this in Pioneer? It would be cool to have customised ships that look the part.

One of the ways that players in X get started is to have cheap enlargement of cargo space, or improved engines. They explain it away with funky technology, but in pioneer where there is no tech focus...yet... we should be adding small (and maybe progressively larger) cargo pods, until such time as the class of ship is unable to handle all the extra equipment for some reason (not enough space, too much weight, incompatibilities, etc.) So to start simple, I want an optional cargo pod for a starter ship. Ideas?
Top

I'm not really sure, how to imagine this. Attaching containers to the outside of the ship? Only one ship's look support that currently, and the DSMiner would need reworking even then.
Top

Hardpoints, with tags (somehow, handwavy-away) to define what you can attach to them.
A bit like gun mounts now but actually attaching models to them is possible (handwavy over the difficulties).

You'd be amaazed what you can handwavy away when someone else might implement it ;)
Top

Figured, I'd post these here too:
This one's a linocut stamp experiment I did with some modularity (on a 100*70 cm sheet of paper) 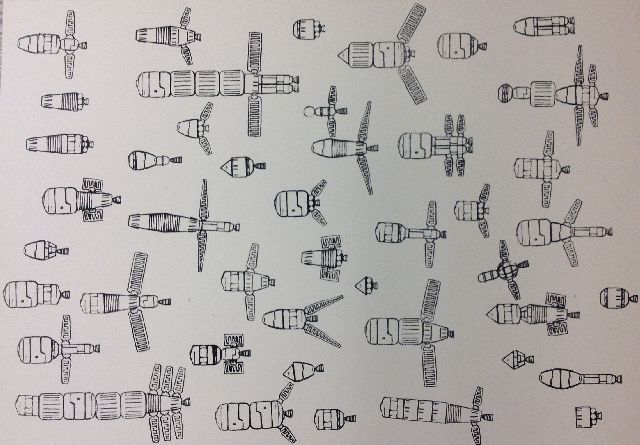 And one along the same line of thinking: 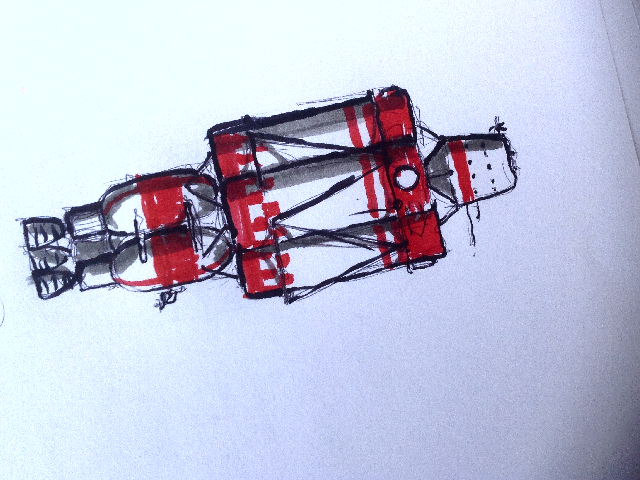 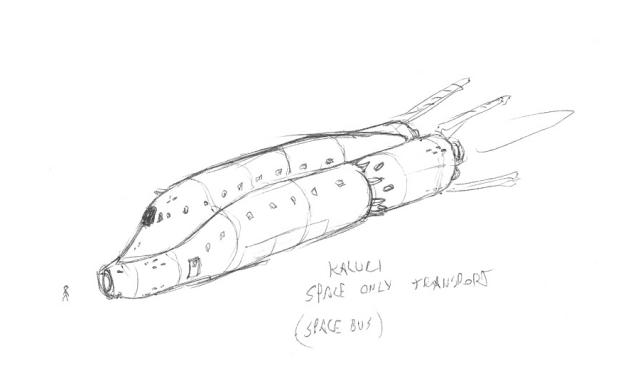 And another Kaluri sketch from a drawpile session with jmf 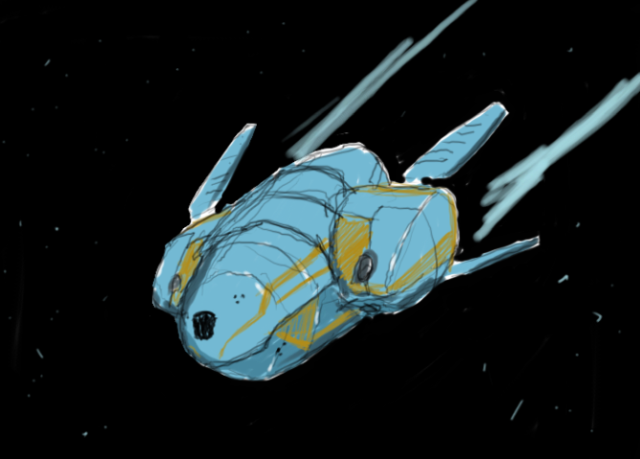 This one is for WKFOs Auronox cargo ship, a paintover to his design, to suggest some things about shapes and details: 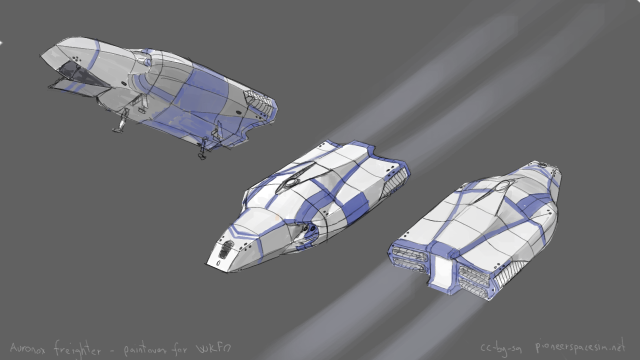 What I did:
- I've added an actual windshield instead of the usual Auronox hole to make the nose part more interesting.
- I've rounded the overal design, indicated by the main paneling lines.
- I've made the nose a bit more sloped and arced. The arc directions on the belly and back are inverted for some subtle visual interest
- I've put a docking collar up top in a intruded area.
- I've made the hole for the retros more defined
- I've rotated the radiators, the long thin ridges looked odd to me
- Added some definition to the main engines
- Moved the RCS nozzles around the sides, and added some closer to the center
- Added four hover engines for belly landing (I think it could also work as a tail sitter nicely, it has enough room on the "top" and "bottom" for that kind of landing gear. But for that there should be a cargo hatch on the top back center -- not included on the drawing)
- I've moved the landing gear around a bit, so the cargo hatch could be placed under the nose, classic sci-fi style
- Not sure if the clearance for the cargo hatch is large enough though
Top
Post Reply
122 posts