Something like a specification for docking locators at stations

Something like a specification for docking locators at stations

Locators are named point objects with orientation. ('Empty' object in Blender). They are used by the ship's autopilot to safely navigate through the station to the assigned bay. When passing through the waypoint, the ship will assume it orientation, so that the Y-axis of the locator is facing the top of the ship, and the Z-axis is towards the back of the ship. The same applies to the bay locator: 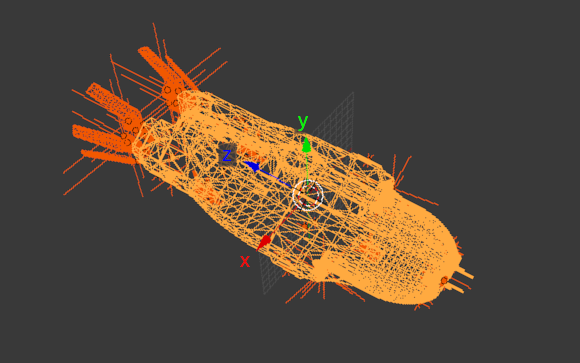 Waypoint syntax (things in square brackets can be omitted):

example:
wp_gr2:gr1_gr3 - waypoint with name 'gr2' with in-reference from 'gr1' and out-reference to 'gr3', that is, its previous point of the docking route is gr1, and the next point when undocking is gr3

name is any sequence of ascii characters except '_' and ':'
min_size, max_size - integers, mean the minimum and maximum allowable size of the ship for this bay, meters
references means the same as for waypoints, of course, these are names of the last waypoint of the docking route, and the first waypoint of the undocking route

If a reference to an output point is omitted, the input reference is copied to the output:

If both references are omitted, they are considered null:

If the ship has received permission to dock, all points of the docking route are blocked, this means that it is unacceptable to move along any other route containing one of the blocked points.

As ship passes the waypoints, the autopilot can send a signal to the station so that the passed waypoint is unlocked.

After the end of the passage along the route, all points of this route are unlocked.

See the names of locators, and what connections are formed from that names: 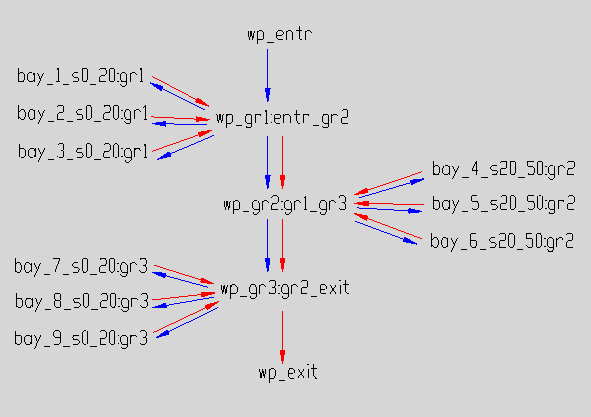 Show the route for only one bay: 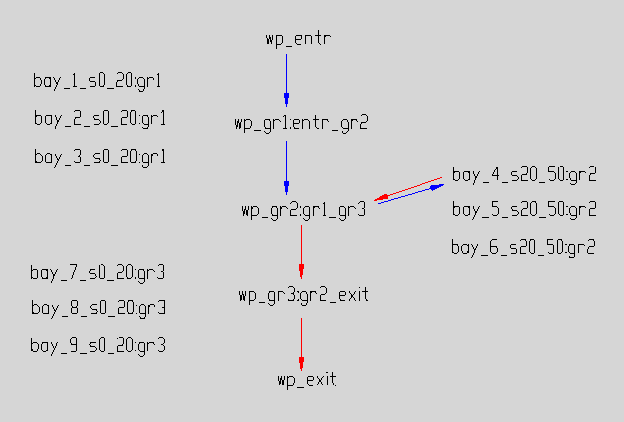 Route building starts from bay4. since only one ref is specified (gr2), it automatically becomes both an input ref and an output ref. Further by the refs from gr2, we are going to gr1 for the docking route and gr3 for the undocking. Further, following the link from gr1, we come to wp_entr, which has no further links, so this is the entrance. And following the link from gr3 we get to wp_exit, which also has no links, so this is the end of the undocking route (exit).
As you can see, many points are reused by different bays.

see which points are blocked when the ship receives permission to dock at bay4. As you can see, point wp_gr3 and wp_exit are free, so undocking can be started at the same time, for example from bay8. 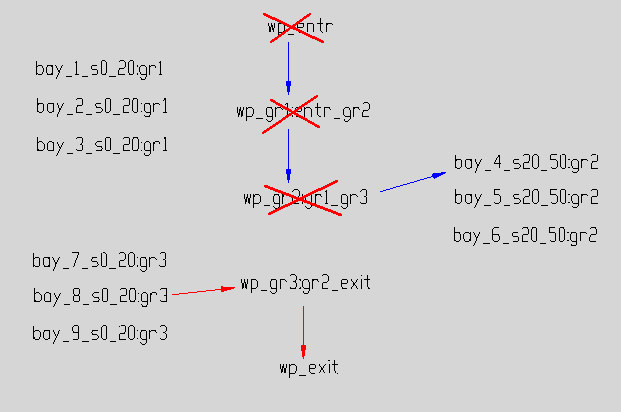 Also, after passing the points, the autopilot releases them, so after passing wp_gr1 you can start another docking, for example, in bay2 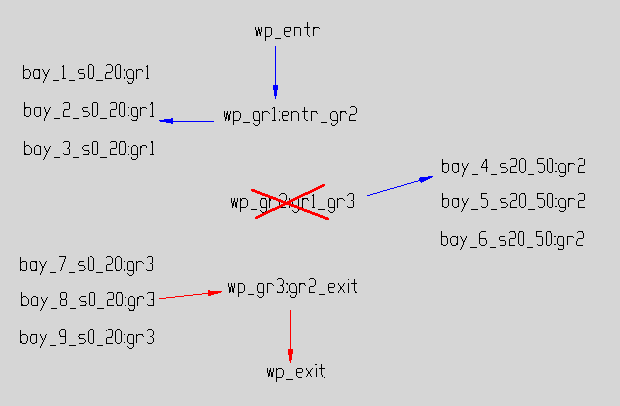 If all the bays are available at the same time (for example, at ground stations), you can simply place bay locators only. Above each bay, at an altitude of 500 m, one waypoint will be automatically set to ensure a vertical landing. On the other hand, it may be worth organizing traffic more strictly, creating waypoints of approach to the station, waypoints of departure, so that the trajectories of ships do not intersect, etc.

Thus, using this system, you can create a network of waypoints of any complexity, probably for any station architecture. With one limitation - bay can only be connected to one entrance and one exit. 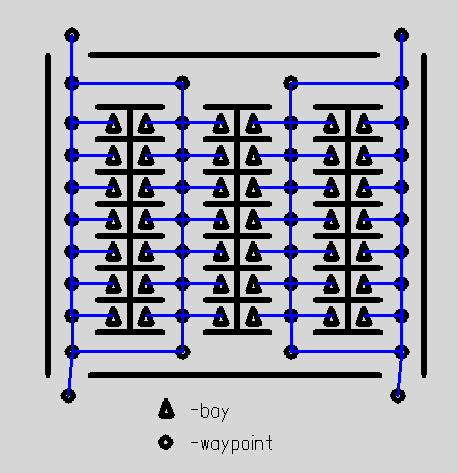 Re: Something like a specification for docking locators at stations

Very cool. One thought: what happens if a ship doesn't free / un-lock it's waypoints? Maybe it got blown up, or aborted or something, I just imagine a situation where a path is locked, because <edge case>.

Fluffyfreak might be interested in seeing this, posted by Gliese on IRC, landing on a space station without rails:
https://imgur.com/a/7yjhXaC
Top
Post Reply
2 posts • Page 1 of 1