Have been working on extending the Sol system for a few years now to include a number of major asteroids, dwarf planets and a few other stations. Earth has also been fleshed out with 92 surface ports, this number may be reduced if there are still lag issues. 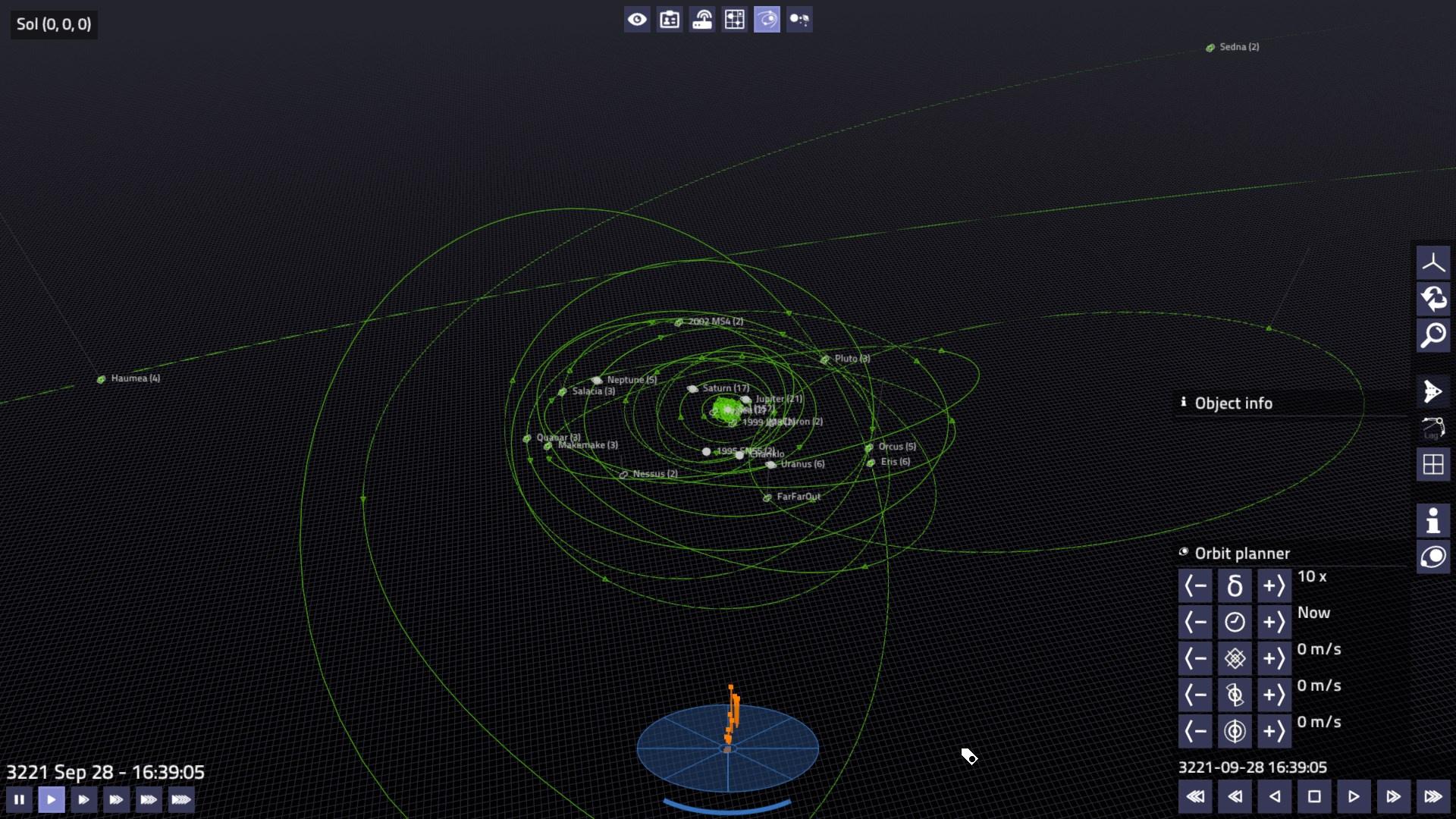 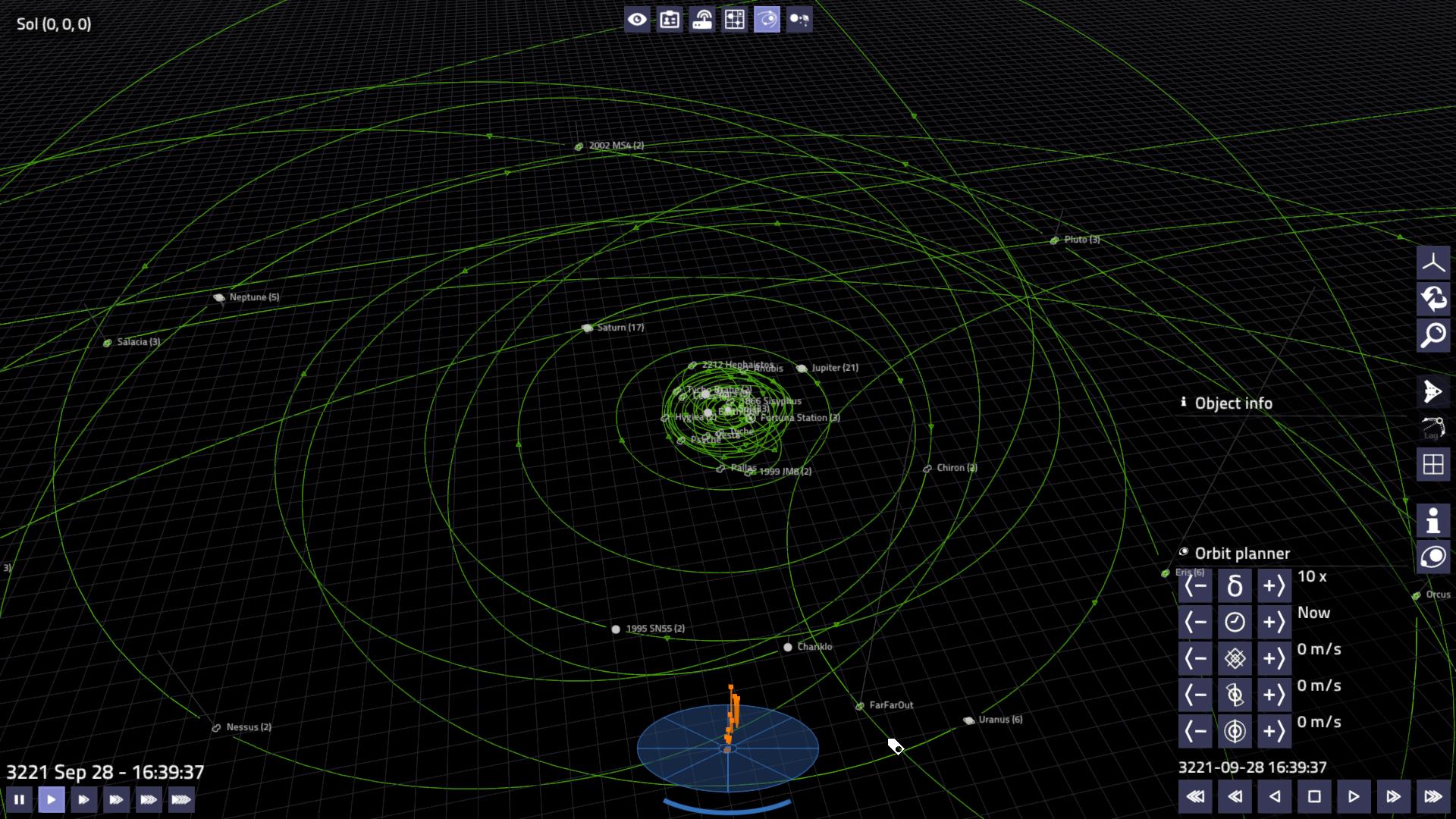 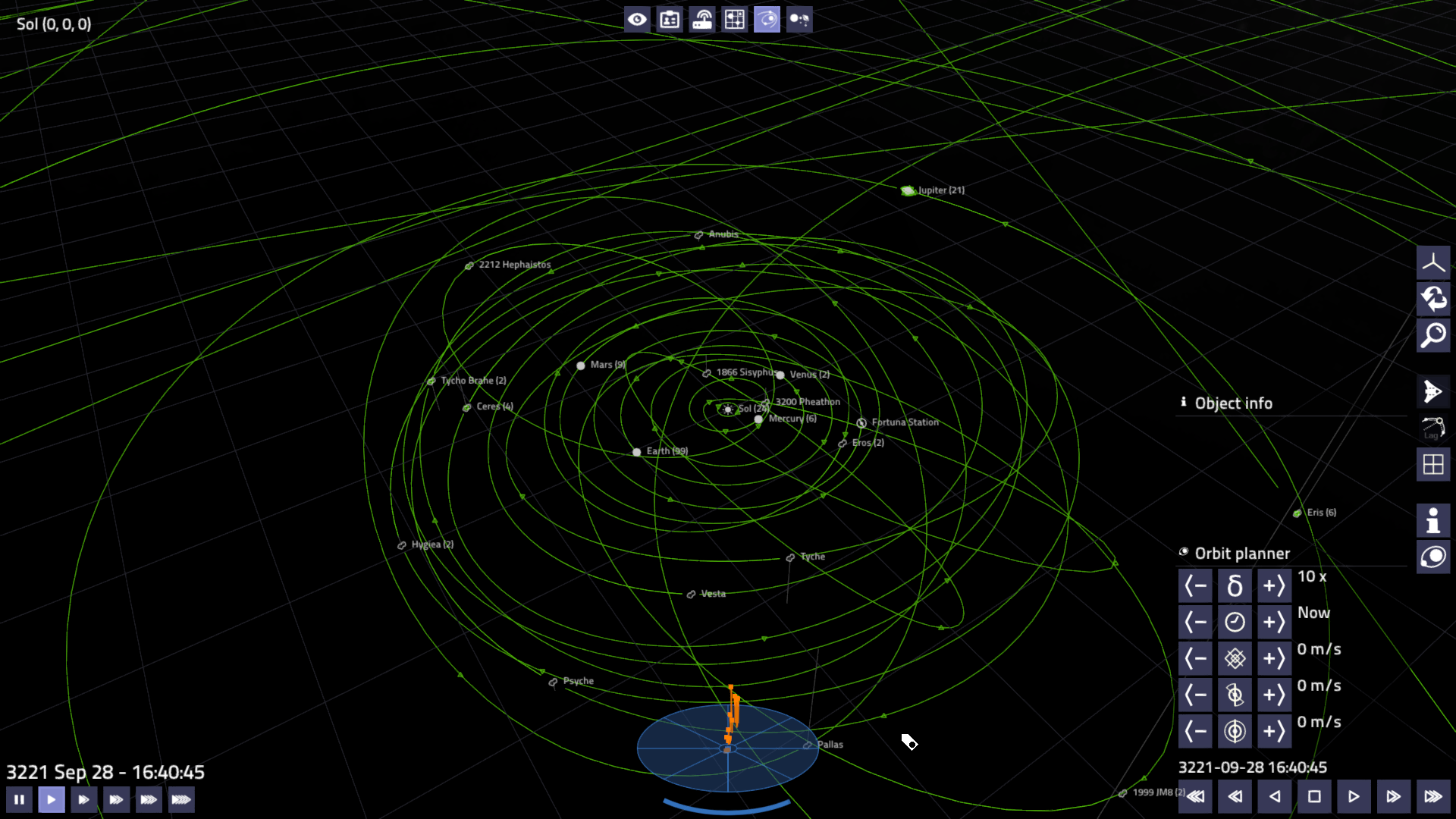 The file will be made available when I fix a rotation_period error that is causing the game to crash when jumping into Sol.
Top

Images of the very busy spacelanes of extended Sol. 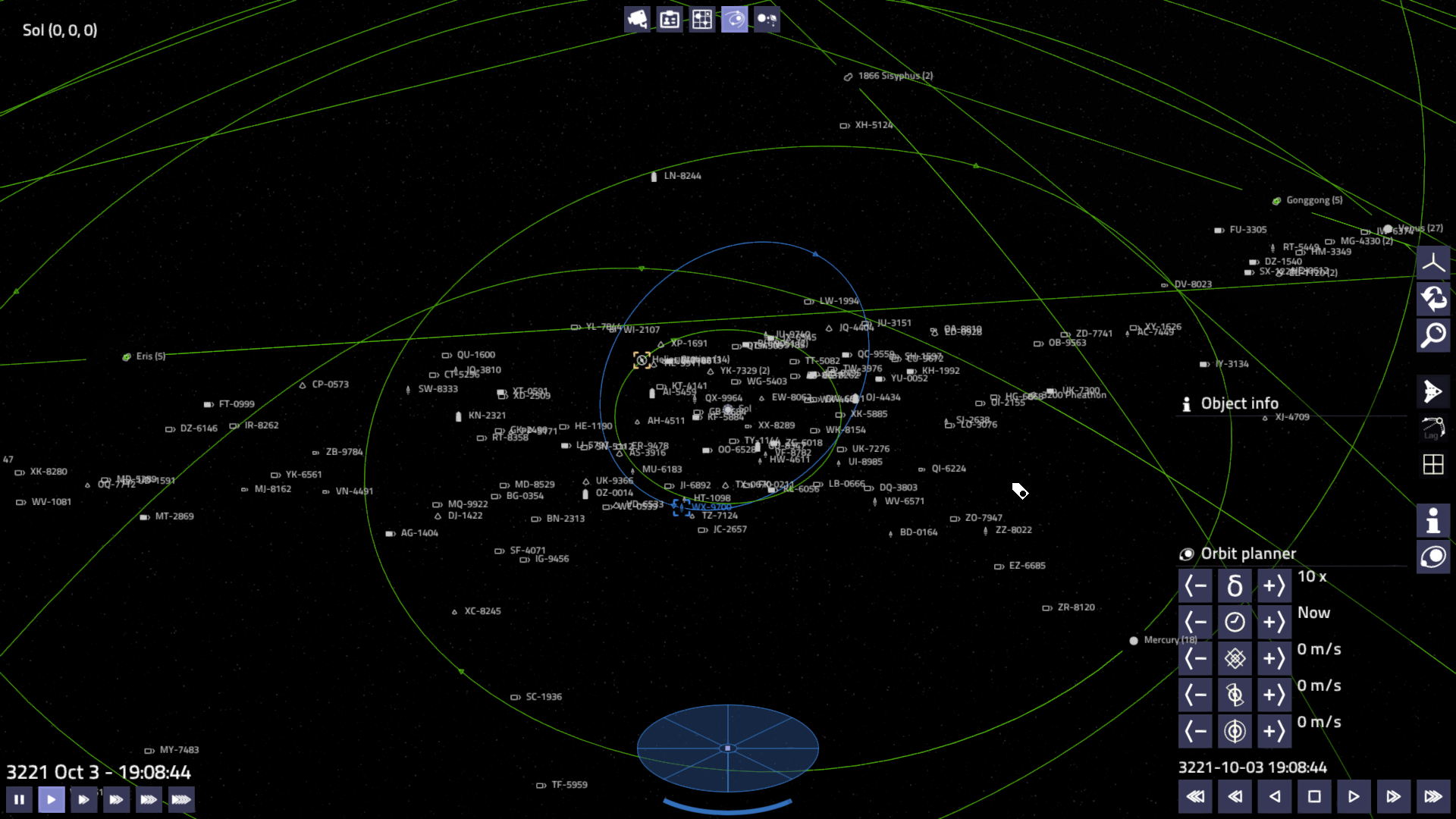 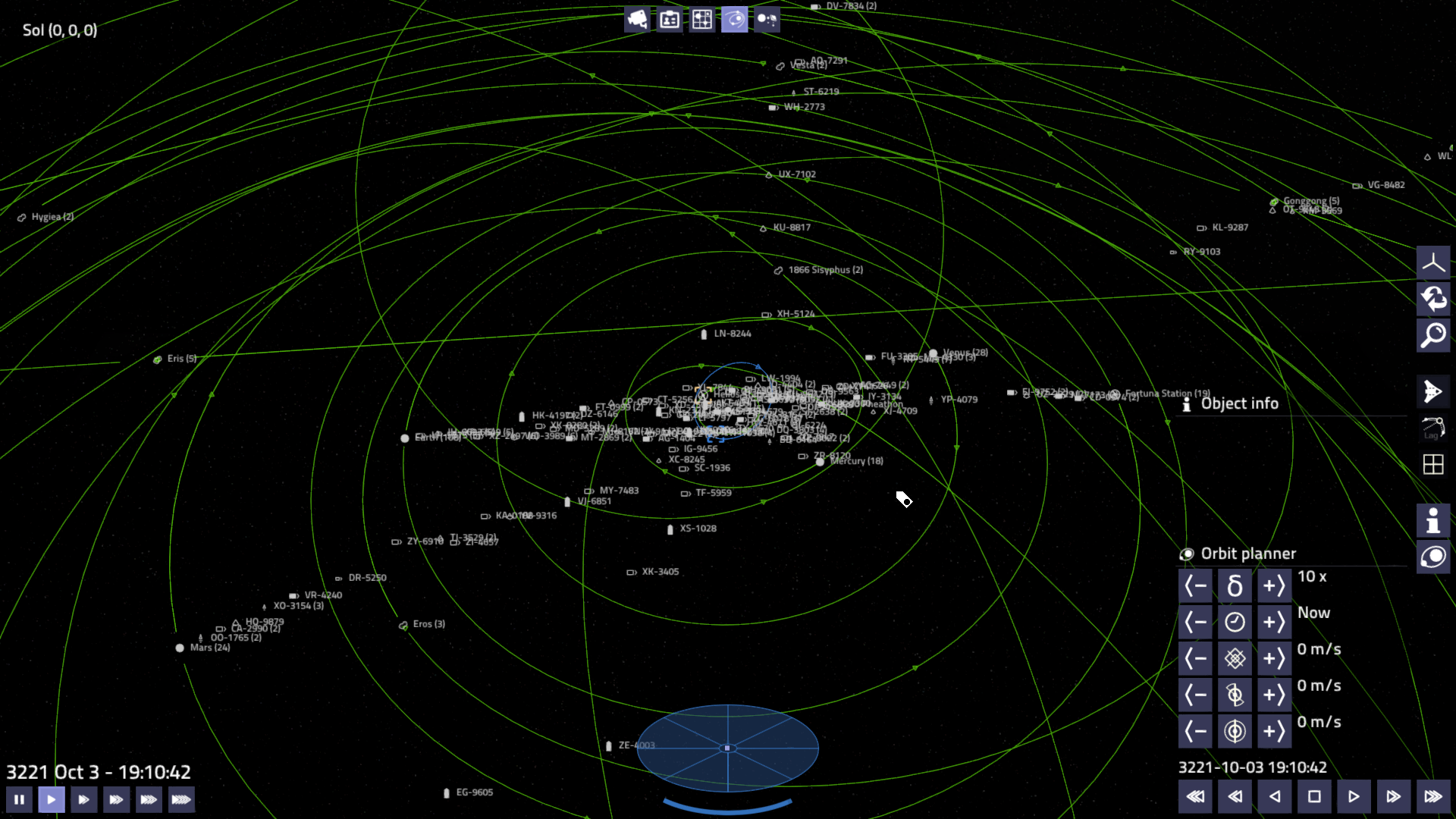 And the traffic bound for the gas giant and outer colonies peters off: 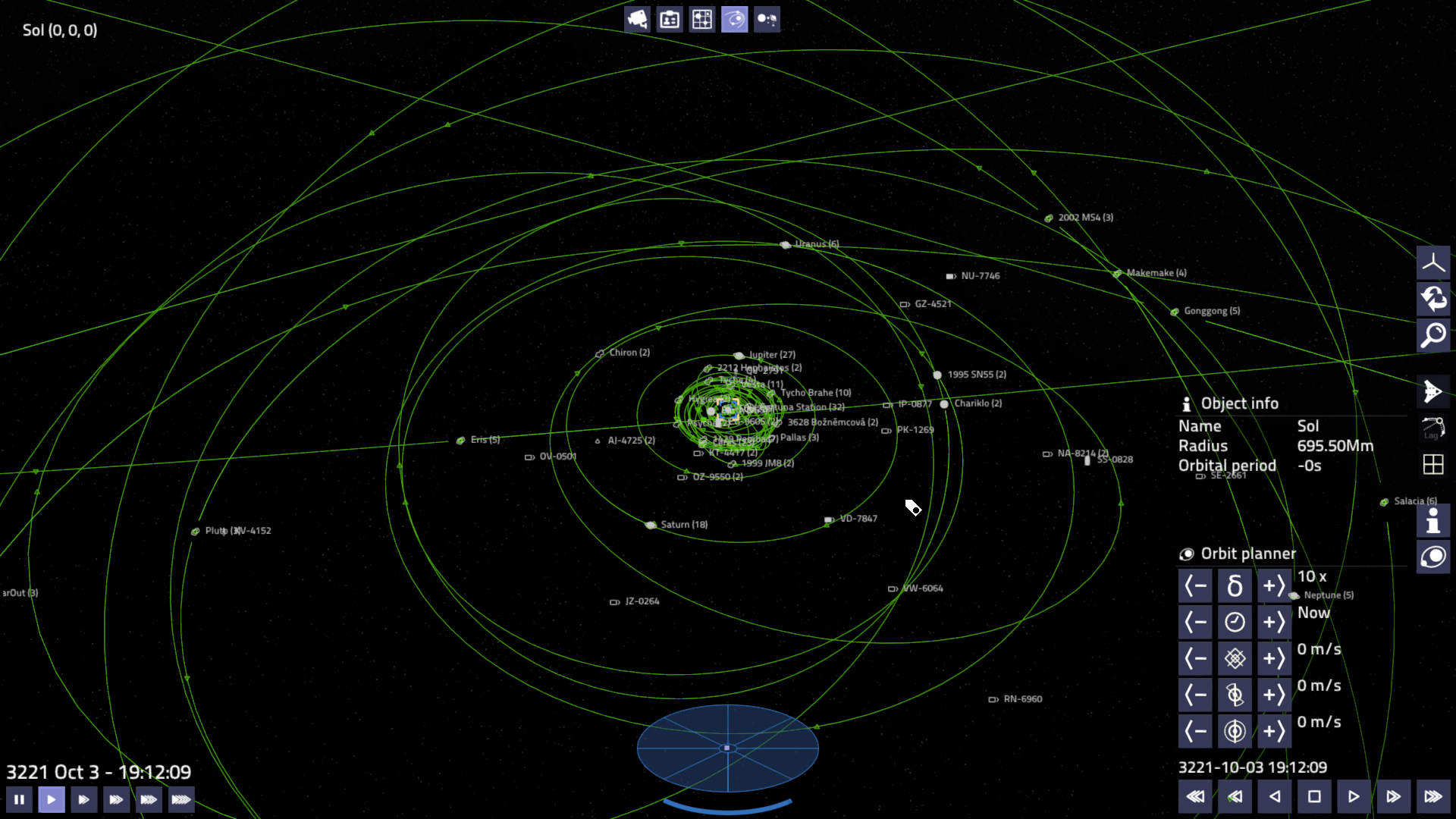 Here is a first link to the first version of the extended Sol system. May or may not lag, I had Space Engine open at the same time.

Personally, I don't want to add more stuff to Sol, in the game, but we do need as many custom systems as possible. Ones that don't have the usual "Smith's Orbital" or "Baker's world" name scheme.
Top

I agree, this is quite cool, but I agree with impaktor about the wariness to add any more detail to Sol, if this is intended for master. It would stick out quite much, and pale all other systems in comparison, even the hand-made ones.
I noticed that the Mars BBS on start has quite a lot of entries. Which isn't really a problem in itself, quite the contrary. But it might make the BBS-es of other systems feel quite empty, even if the population is the close.

And this might be a bit much from the UX point of view as well: I had a hard time picking out Earth on the orbit map, because there's no real distinction between any of the planets, dwarf planets and such. This mod would really benefit from a bit of color coding there (different opacity of orbit for each planet type for example), and/or a filter function.

I noticed that some bases seem to be on the wrong body: on Gongong for example, there's a Gongong Base and a Xiangliu Base as well, the later not residing on the Xiangliu moon that orbits Gongong. I saw at least one other example of that misplacement, but I can't recall which one was it.

I got a crash after starting out to one of the outter dwarfs, but I don't know if the system caused that.

And a sidenote: if you package it by mimicking the structure of pioneer/data directory, the archive can just be put in Documents (or ~)/Pioneer/mods and it will be loaded. Name it the same as the system.lua in data, and it will override it. Easier to install and try out I think.
Top

Yeah I agree it's hard to pick out the primary planets as well with so many orbital bodies, opportunity to add in UI filters and options like in Space Engine. Will double check the moons and stations on the dwarfs. I've noticed some of my additional cities on Earth are spawning in the wrong locations despite being given the right coordinates. Also the addition of new bodies and stations can sometimes create a visual bug where a ring generates around Earth and the Moon turns pinky red, something similar happened when I created a custom system for Coruscant.
Top

I'm of the opposite opinion! :D

This looks great, I'll test it out now, my desire would be to bring the other systems upto this level, including the auto-generated ones.
Top

That would be the coolest!
Top

FYI my recommended tools for making custom systems:
>Space Engine, everyone is going to know this one.
>Universe Sandbox, for playing with system evolution
>AstroSynthesis3, a cheap piece of software by NBOS that can generate an entire sector of random, populated systems.
Top
Post Reply
12 posts