The default cockpit is supposed to be a closed bubble with screens all around showing camera feeds. Which admittedly doesn't show the scale of the ship much. Put inside the ship, possibly as an upgrade eventually for better view (and standard on actual military craft)
The Varada is about the size of a small one person submarine. The idea behind it was to have a small space motorcycle.

I actually modeled/ing the Sino cockpit with a convertible seat, being in a conventional seated position when flying in atmosphere, but pivoting to something more akin to the Apollo/Dragon capsule seats. I kept the front windshield the same size it is on the model to get that very limited typical OPLI view, and added some "monitors" to expand the view a bit. There are some PoV renders above, and here are some screengrabs of how it is currently: 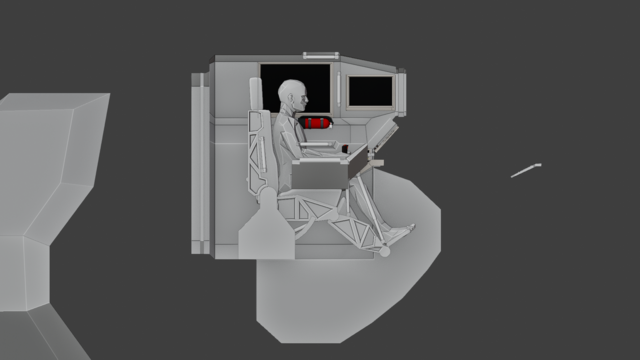 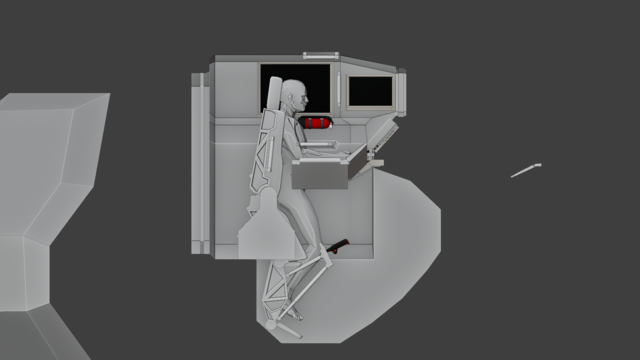 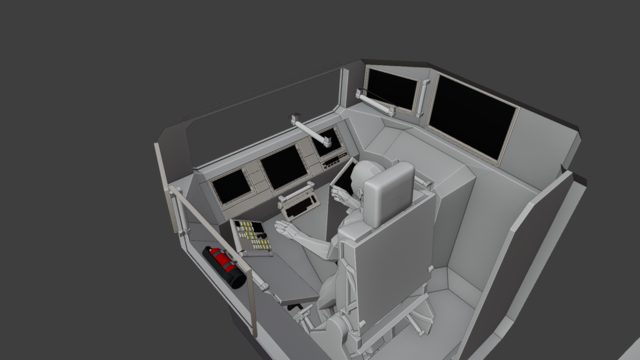 I've started to redesign the ship, one reason was to show its size better. The huge doors are throwing off the sense of scale for example, and I've ditched those already and added some smaller details to sell the scale better. There's still work with it though. 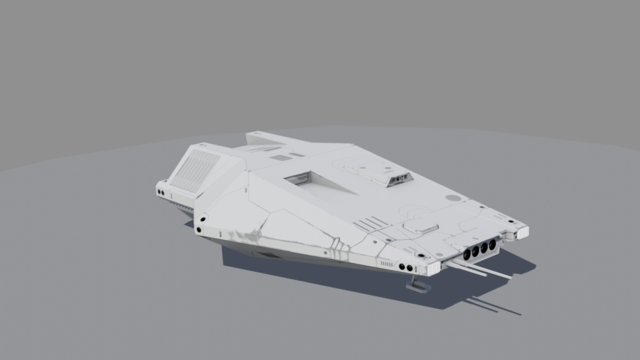 And you could actually fit in that 35 1m^3 containers: 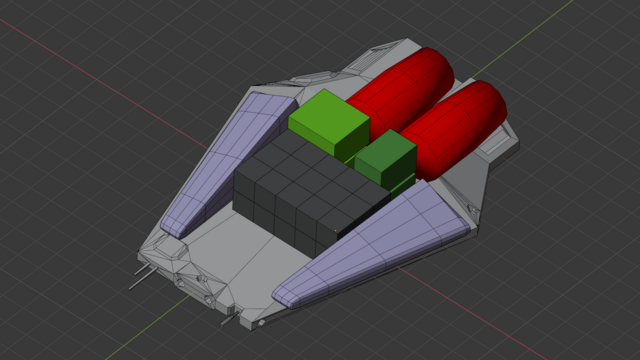 Ok, it's actually 30 in that screenshot, but there's still room for another 5. Volume is a bit less intuitive in that regard, it is easy to underestimate. I measured all cargo spaces actually, and most ships should be more or less be able to squeeze in their capacities both for cargo and propellant. The really small ships are the exception, like the Varada and teh Xylophis, because under a certain size you can't do much with our current 1t granuality.

My reason for not really working on the cocpits currently is that I severly underestimated the required work, especially texturing and detailing work and ran out of steam. I'm hoping to resume working on them eventually though, but ship externals are more important to me right now.
Top

This redesign makes it feel more "real". I think, deep down, the Varada is actually my favourite ship.
Top

Hehe, I started working on a more radical redesign last week, because I felt that this one's not getting anywhere, and doesn't get the overall visuals up enough notches.
Top

I started working on a more radical redesign last week

Well, that should be interesting :)
Top

I missed you on IRC.

Looks really, really nice :) I see you are using DM in places. The engine detail is lovely!
Top

I noticed in one of WKFO's videos that the ship is visible in the different directional views. 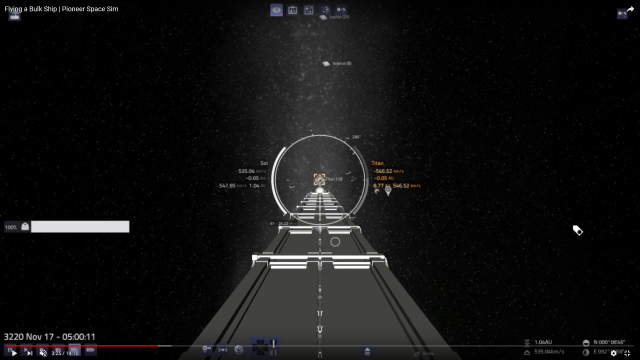 (youtube under the images)
Done by commenting out a couple of lines in 116, 121, 154 in shipviewcontroller.cpp
I tried it with the new Sinonatrix (and a couple of other ships, no footage of those): 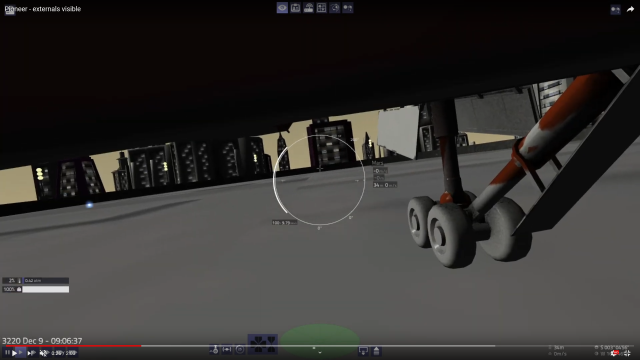 It won't be usable as is, but it feels rather nice, seeing your ships and the exhaust plumes even.
Top

Cool! I was just about to suggest that this would be a potential stopgap measure in lieu of cockpits -- to have the ship visible in views and the data files simply placing cameras along the hull of the ship. (I figure the pilot is wearing a sort of VR headset anyway...)
Top

I might be late to the game, but I just watched Scott Manley's first steps in "Rouge System Sim", which really goes full nerd on the cockpit. I imagine this is how an "ultimate" Pioneer implementation could be:
https://www.youtube.com/watch?v=vziIgAtD66s&t=2m40s
Top

That game is quite cool. It's sad the developer had to abandon working on it.
Top
Post Reply
69 posts