@WKFO sweet to see you help in this area where we really need it! Nice progress!

Here's a crazy thought: if you need a old low-fi keyboard asset for some of the cockpits, I'd love to see a bread bin C64 in the cockpit! Would be a cool nod to the retro-geek community. Maybe cut this in half, use only half as high: http://www.commodorecomputerblog.com/20 ... ender.html

Hmm, maybe if it's "too silly" it could be stashed in the back somewhere?

Sorry, don't mind me, I just have to snort retro every now and then.
Top

Yes please :)
Think of it like this, you can mouse-look all around the cockpit, plus I did some VR experiments a few years ago and might implement it which means you can look anywhere in there.
Top 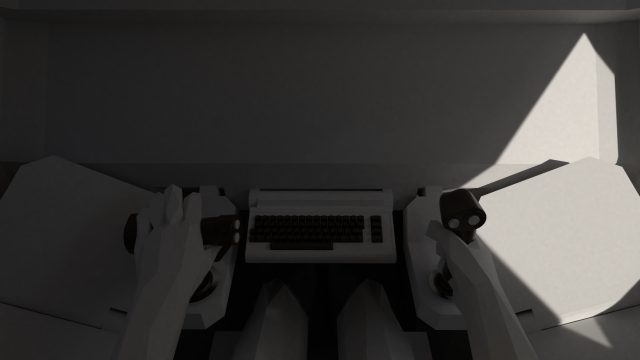 Only used that model as a reference, since it's quite tri-heavy, and it needed some modifications anyway, so it's not a carbon copy, and also it's foldable.

(The pilot placeholder looks like that Red Dwarf robot guy.)

Sorry I haven't seen this until now. (when I get pioneer-forum mail at work, I tend to ignore and then forget)
Top

Very nice! I like that retro-futuristic direction that Pioneer is heading. :)
Top

This seat I made reminds me of Boeing and Airbus. It kinda looks like a Rolls-royce jet engine on a Supermarine Spitfire :D
Also, I think there was a documentation about testing cockpits in the actual game (which I came by at an irelevant time) but I can't find it again.
Top

@WKFO: looks good so far. Will there be enough room for the other pilot with that arrangement? Also don't forget that they should be able to climb in there under acceleration too (as if the nose were pointing up).
@Tichy: For the OPLI, I started to aim for that retro-future feel. After impaktor came up with the C64 keyboard I figured it can be brought to the next level. :D The other manufacturers won't necessarily share this aptitude.

I've made some progress with the Sinonatrix cockpit too: 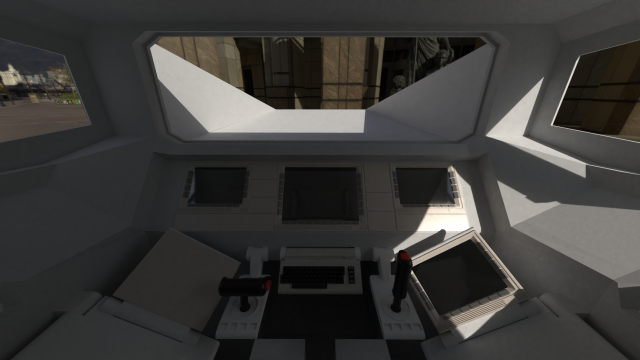 Added in some MFD monitors and defined some shapes, and that ugly yellowish material those old hardware tended to fade. :)
The actual FOV is about the same width as the window, this image hase it wider to show the details.
The side windows are monitors showing the appropriate image from the external cameras. I put them in there because without them the whole thing was too claustrophobic.
Here's the unmaterial-ed, still lots of problematic areas mod if somebody wants to give it a spin.
Top

http://imgur.com/a/A75w9
I am trying to use the maxiumum area possible for the cockpit but the co-pilot seat is giving me headaches. If I place the rear seat like those of fighter planes, it blocks the enterance door. I am either going to place it in an asymmetrical way or I will place them side by side like an automobile (or a Cessna 172). Though, if I place them side by side I don't know how I will place the POV to the correct position.

I can rip off the flight control placement things on the side of the seat for the rear seat but I can't make the seat narrower since it is the narrowest I can do according to the 3d human model.
Top

Also don't forget that they should be able to climb in there under acceleration too (as if the nose were pointing up).

Just slap in a ladder on a side wall extending "back", and do some "hand waiving" explenation?

Looking at noz's cockpit, I got this silly idea, that isn't possible to do, and wouldn't add anything, but if the player face was reflected in the monitors when they're black. But that would probably require 3D faces, which we definitely don't want. Just unloading my mind.
Top

WKFO wrote: ↑Fri Jul 07, 2017 3:05 pm Also, I think there was a documentation about testing cockpits in the actual game (which I came by at an irelevant time) but I can't find it again.

Also, this is the Sinonatrix one by nozmajner in case you don't want to do the mod thing: https://www.youtube.com/watch?v=oHfrE0Mac8E
Last edited by WKFO on Wed Jul 12, 2017 7:54 pm, edited 1 time in total.
Top
Post Reply
69 posts