Lookin good. So you went with the single seat option?

Good point, I guess I should write down what little is to be know about putting cockpits in the game onto the wiki. Never got around writing it down.
Top 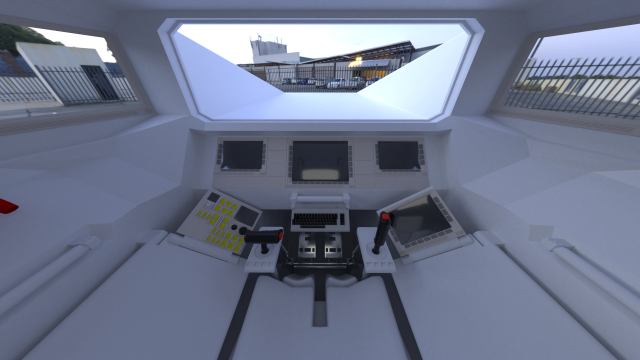 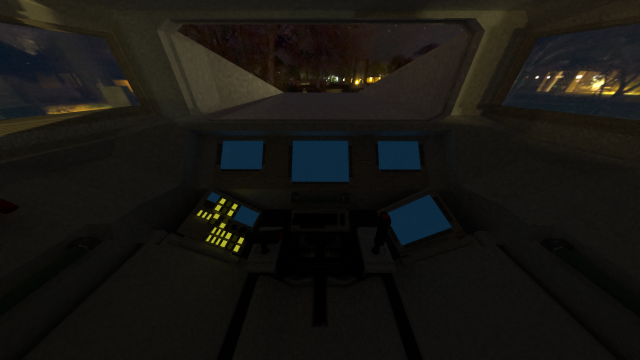 That is very nice
Top

Wow. Which one of the ships is it for?
Top

It's for the Sinonatrix, but could work for the other OPLI ships temporarily.
Top

That brings up a question... is it possible to have the viewpoint offset from centre to be totally in line with the design of that ship with the cockpit off to one side?
Top

Yes, you can define the pov of every camera direction with empties named tag_camera_(front, left, right...).
It's already set up properly for the Sinonatrix.
Top

Thats a very good direction you are going into with these 3D cockpits, as it really adds to the atmosphere of the game. Currently, if you look around in first person view (without cockpits), it just feels like you are some kind of camera looking from exactly one spot, and only if you switch to outside mode you get a feeling that it is an actual spaceship you are in. So, keep up the good work!

Also, artists/programmers might want to have a look at the highly detailed 3D cockpits of planes in FlightGear (scroll down to the screenshots for example). It makes you feel like if you are piloting a real plane/spaceship, like I already said.

These are just some thoughts that I had while playing around with things today and I thought some of this may be useful at some point:

The reason I, and I suspect others, keep coming back to the 3d cockpits is perspective. There's really no perspective on ship size. Until today, I had thought the Sinonatrix was a bit bigger than a large car (it actually reminds me of a Delorean). The only thing that gives any perspective is the model itself (especially the 'small' front viewport, the decal and landing gear): 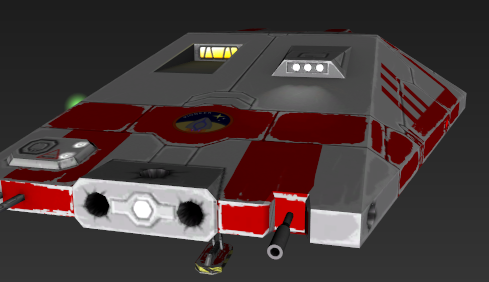 I got to thinking about it's cargo capacity and thought: where in the world would all of that cargo fit? I looked at some of the other ships, notably the Varada, which has the smallest capacity. Looking at them separately, I would have guessed they were of similar size (again front viewport, decal, landing gear): 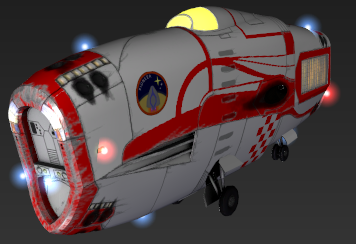 Just looking at it, the Varada seems like it would be the size of a small 1 person submarine like this (a bit taller and longer than this one, but this is the general idea I get): 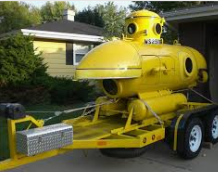 The only real way to tell the difference is just a side by side comparison..or in my case, on top of (white = Varada, wire = Sinonatrix):

Now I can see that that the Sinontraix's 'small' viewport is actually as wide as the entire Varada itself.

Unfortunately, the default cockpit (although cool looking) doesn't solve this problem. It still feels like the camera is just floating in space (just now surrounded by a ring). And, creating a 'realistic' cockpit is difficult because no one really wants this (what's the point of rendering space if you can't see it?): 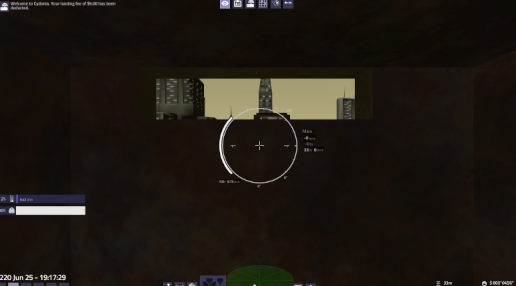 (quick rusty textures inspired by Impaktor's flight log PR)
Although, looking at that (plus more visual ques within the cockpit itself like a keypad, handles, etc.) begins to give an idea of the size of the cockpit (and hence the ship).
That is what you'd get if you put the camera in the 'right' spot based on the default cockpit:

Looking at the space where the cockpit must be and the viewport, I could imagine that, if needed, the Sinonatrix may be manually piloted while standing up, looking out that front window (the Apollo lunar module comes to mind), which is where most of the 'realistic' attempts have ended up at, I think: 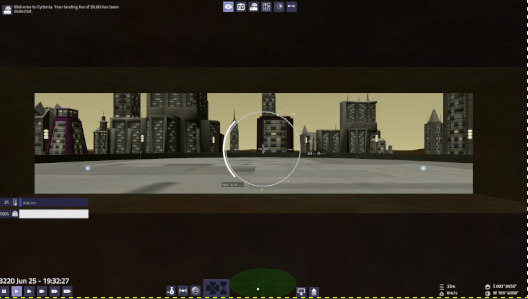 Otherwise, the pilot would probably be comfortably seated towards the back in front of a large screen...which is actually a reality now: 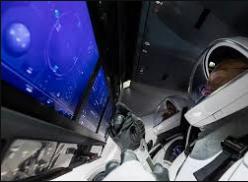