I actually got the chance to sit down for a few hours over the last couple of nights and got to start some work on this little ship that @nozmajner helped me draw up (several months ago).

It is a small, one person, atmospheric capable craft

Excuse the poor image quality and child like doodling over the model, it was just try try and show some detail / scale on the model . 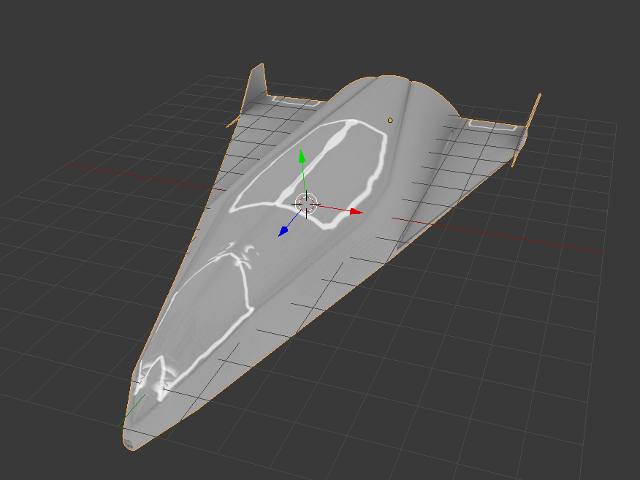 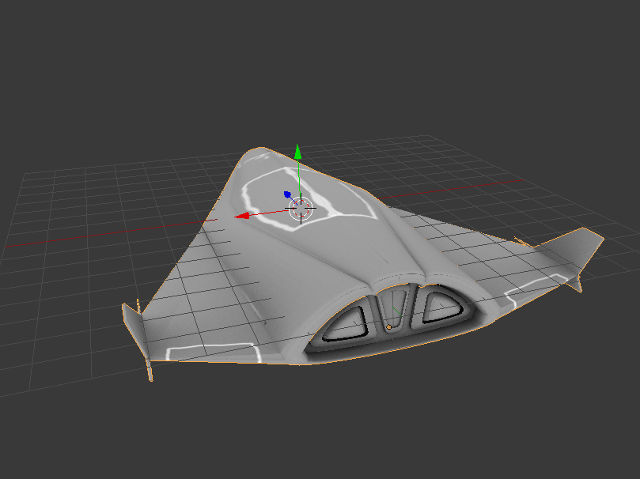 Looking good. :)
Nice detailing on the rear end. Is that center thing a door/hatch? I'm asking, because if so, then it's quite small compRed to the cockpi area. Based on the grid it feels about 1m high.
Some curved areas feel a bit blocky, on the center area mostly. Around the cargo hatch. Is that intentional?
Top

The center thing at the rear is just a shape really following the curves of the top and fitting between the engines. It does look a little too much like a hatch now you mention it but that was not really the intention. Maybe a place for a rear gun turret eventually?

I have just been trying to get the overall shape at the moment. I like the deep hard cut front to rear but I think I will add more geometry and try and make that into a smooth curve around the middle rather than the sharp turns that are there currently. (its still quite low poly)
Top

If it is a small non-cargo ship, then it isn't inconceivable that you have to crawl to get into the ship. You can't really enter an APC standing up straight. So this could be a "feature".

I hope we will get docking at some point in the future. Something to keep in mind perhaps.
https://github.com/pioneerspacesim/pion ... t-49417802

Nice work by the way!
Top

I hope that not that little hatch will be your only access though. I don't want to crawl 15 meters to reach the cockpit. :)
Top

Having a tunnel through the cargo bay to get in and out would severely cut down the already tiny cargo hold.

I had just assumed an opening cockpit like a fighter jet but after reading the link of impaktor's I may try and put in some sort of hatch right behind the cockpit area for docking.
Top

Yeah, I was also assuming some kind of opening cockpit. An additional docking collar is a very nice plus in my opinion.
Top

Howdy, wow cant believe its been over 2 years since I looked at this.

I have made a few (quite a few actually) changes and have re-UV unwrapped the model and got it nice a square.

I thought I would make a quick video to get feedback.

Since the original post a lot of geometry has been tidied up and the whole fuselage made wider to make it into a 2 man ship. + several hours on the UV unwrap.

I saw you got a lot of feedback from nozmajner on IRC lastnight, so I hope that covers it, because to me everything looks awesome, and I can't really put my finger on anything that needs improving.

I can only mention that we now have, thanks to fluffyfreak, normal maps that can add some more zest when looking at a ship up close.
Top

yes thanks impaktor, lots of good feedback, and yes, starting to investigate the normal maps have highlighted an issue with my UV unwrap which is a minor setback but better finding out now rather than later :)
Top
Post Reply
24 posts