Have been off line for a while with real-life and thought I would try and get back into a bit of modelling again.

I have been playing :)

The rough-out above builds on the my previous Courier concept but has somewhat cleaner lines and is much bigger in size.

Unfortunately I have hit a mental block with the nose. I wanted the ship to have a swivel gun but no visible cockpit (the pilot(s) would sit somewhere in the middle). However, I am left with a bit of a garbled mess an am not sure how to move forward with it. I was hoping I could call upon the collective skills the forum for some suggestions/doodles.

I already have some ideas where I want to take the paneling - if I get the nose sorted out I think I will run with this one :) 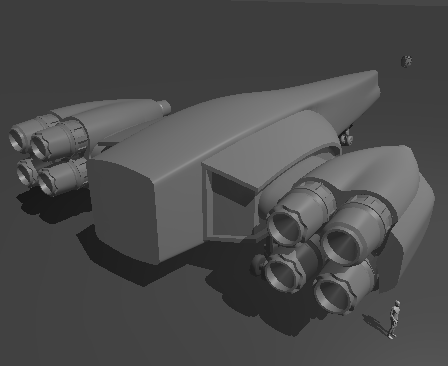 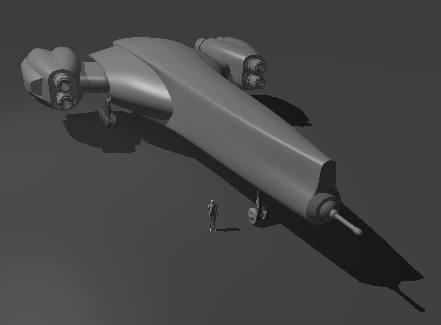 Hey, good to see you back, and lovely ship, I must say. It fills in our "courier"-void.

Maybe you can get inspired by some ekranoplanes for the front?

I rather like that abruptly ending nose you have on the screenshot. Makes it quite industrial.
Maybe you could put some train-like headlights on it to ephasize that industrialness: I also like the shape of the nacelle and the engines. (I saw that you modeled the whole thing, but then decided to cover up some :) )
Also don't forget about the RCS nozzles, they will also add detail to the nose section, which might prove enough.

I've also added a bit of a cockpit on the back, just to see how it would look. I think it could work.
Top

Hatches, bay doors (like at the rear on the big flat area), perhaps a drop ramp/steps when the wheel come down for people?

Also the blunt nose looks good, with RCS and some lights/antenna (perhaps?) could look more solid/industrial as Noz sketched up.
Top

After a bit of inspiration hunting on the interweb I came up with this idea for the rear: 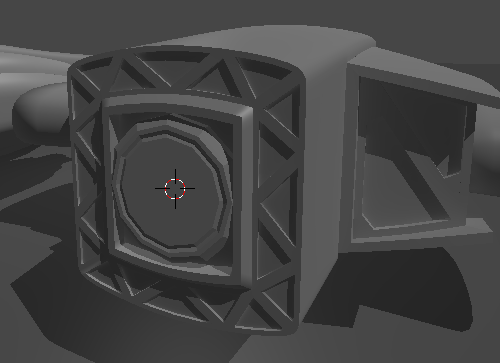 I'm afraid, you haven't set up sharing for the image. :)
Top

No i think that is the rear, it's just NSFW so it's doesn't show :D
Top

Ok, so, it "should" be visible now. Admittedly its a bit tri-full but the idea could be implemented in the texture.

(I really do miss Picassa - Google Photo is... lacking)
Top

And fluffy was right, it's the rear after all. :)

I like the look of it quite industrial. And as you said it looks like it could be done on texture+normals.

Sorry, I just missed you on irc this evening (writing for my project carried me away), and I agree, google photos is quite insufficient. Last time I tried imgur, it supports bbcode embedding and generates thumbnails too, so it seems to be at least workable.
Top

No worries about missing me on IRC - I was only on briefly to see if I had shared my images properly :)

I will have a look at Imgur. I sounds nice, its just that I am tied into Picassa/Google photos.... grrr

In the mean while I have reworked the nose - I wasnt getting along with the blunt face above the gun. This one looks a little like one of your previous concepts. To me this one "feels" better.

Im wondering if I should shift this to another thread, Im starting to add clutter... 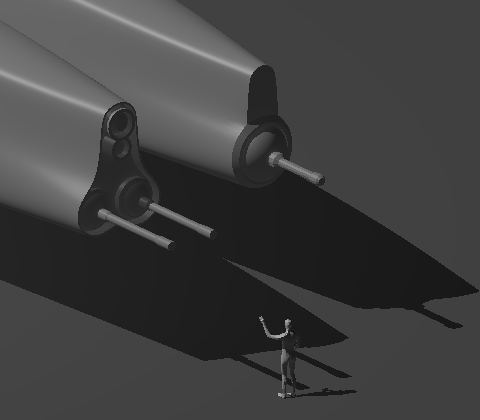