I found this reddit link. This might be a interesting read in how to get highly detailed textured objects without being high poly.

That's a nice breakdown of the technique.
I've been playing with a deferred decals workflow in Blender, but the addon for it can be a bit finicky. (And paid, called decalmachine). In theory it supports baking down to conventional texture maps, but that's one part where the finicky-ness is quite easy to find.

Not sure how one would do weathering and such with it though.
Top

Here's a quick and dirty example made on the Longnose, with the decalmachine addon, with the default decals it ships. Note, they are parallax mapped too, and rendered in cycles. 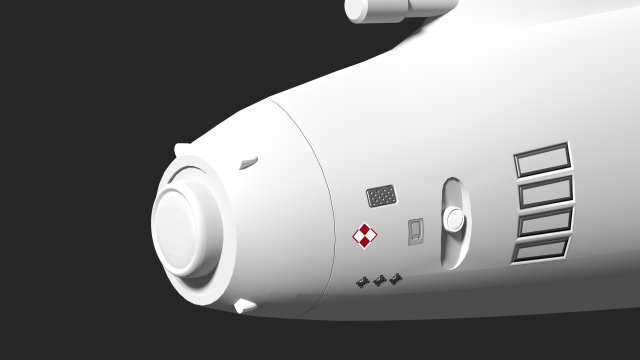 And a quite greebly example from the creator of the addon. Press 4 for an UV preview.

Admittedly, I haven't played much with it, because it had some issues with baking and can be finicky, but I kinda like the way one would work with it. No need to go back and forth between Blender and Inkscape/Krita for paneling and such.

Anyhow, this approach is quite hopeful, but would need us to create the decals for ourselves, so they won't feel off-the shelf and overdetailed. (The addon can handle that too). And the addon in theory can bake out old fashioned texture maps too, so the dynamic way of creating the surfacing can be used regardless if the rendering method is implemented in the game. But the baking part was quite problematic for me, so that needs a good amount of figuring out.
Top

@fluffyfreak
Sorry for the one day delay, gut hooked up to the Anansi boys book.
So here's a test model with some decals. 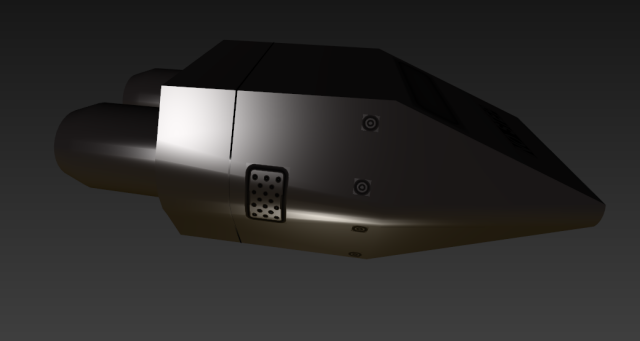 surprisingly it didn't flicker much up close, but it had some from the distance (as it should in conventional rendering as far as I know).

For some reason some normals are inverted too, I don't know why, but I will figure it out.
Right now all detail decals are one object, and the info decals another, with their materials set up.
I've set them up to be AO, not color, and color for those signs. Which doesn't work well for the paneling line.
I've set both materials to alpha_test, but it doesn't seem to work.
Also, these examples lack speck or glow map. Would the decal rendering work similarly as the proper rendering regarding spec and such etup? I think that would make exporting, paintig wear and such and setup easier. Hmm, but the AO part is supposed to darken (multiply) the base color of the ship too I guess...
Top

I've been playing with this workflow a bit more: 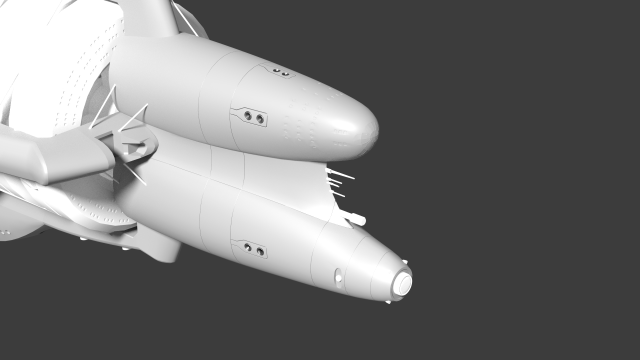 I kinda like it, and feels faster and more intuitive than making the panelling stuff in Inkscape.
And it allows for proper round RCS nozzles, which is a plus.
Not sure how it would look without parallax mapping though.

But (at least in Blender) it would make painting weathering kinda hard, becuae it has it's own materials, which would occlude at the edge of the paneling. Dunno how it could be worked around, but obviously I don't know much about shader coding. 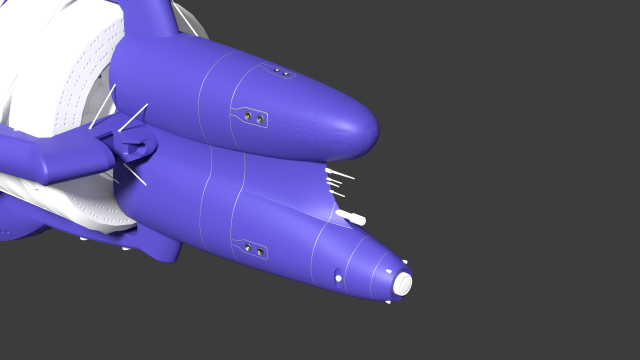 It actually looks good. I looked at the video. Other then the hiccups, It looked like a easier flow.
Top

I've played a bit more with this decal approach.
These are renders from Blender: 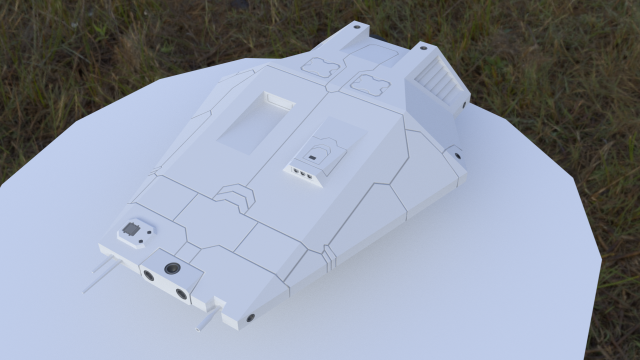 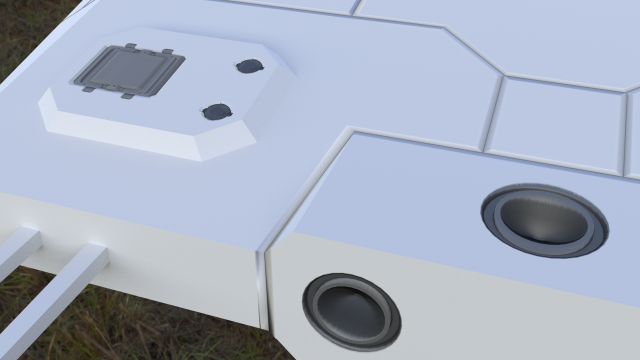 And these are from Pioneer: 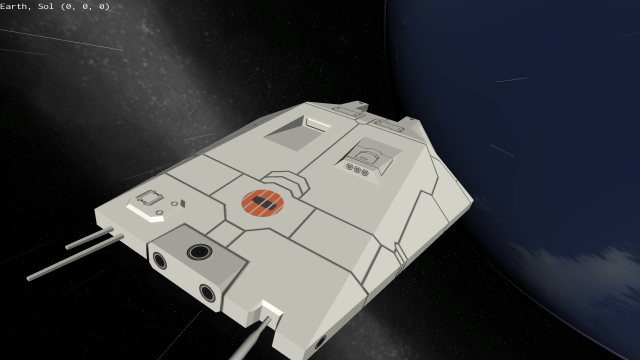 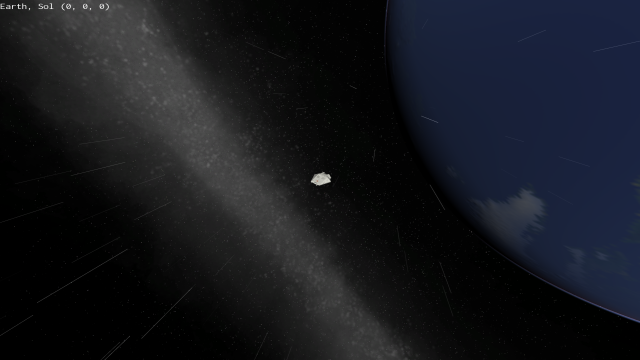 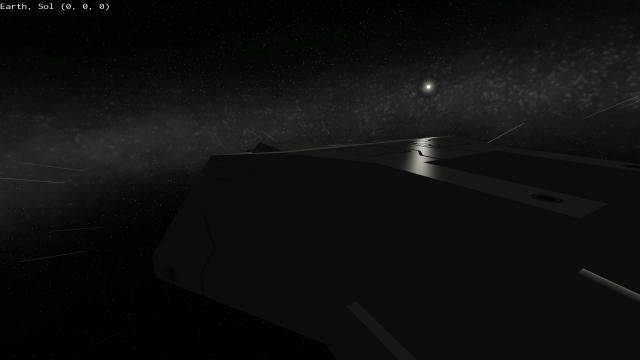 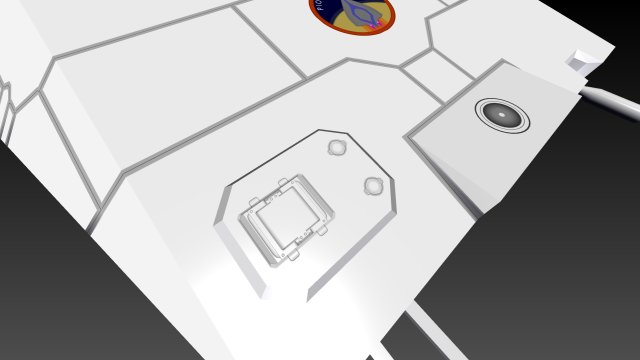 The normal mapping is working as expected.
I-m using the AO texture from the exported decal atlas, adding an alpha channel to it, no spec or any other maps yet.
No texture whatsoever on the ship itself yet. We most likely need proper alpha transparency though for these decals, not just the alpha_test method.

It is rather promising that there's practically no flickering, only at one tiny part, where I suspect the two geometries are rather too close to each other. No LoD on this model yet, but that shouldn't be a problem either.

And there's still the issue of smooth shadeing on some paneling on corners, but that can be solved.
Top 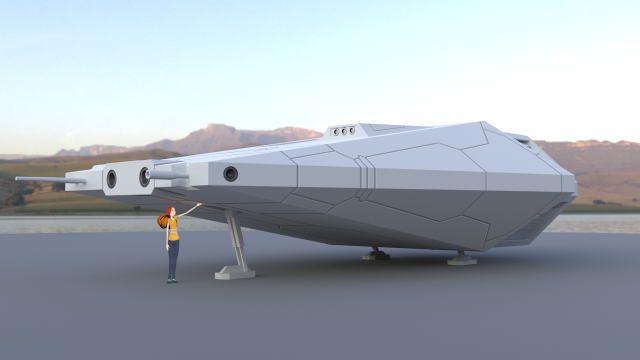 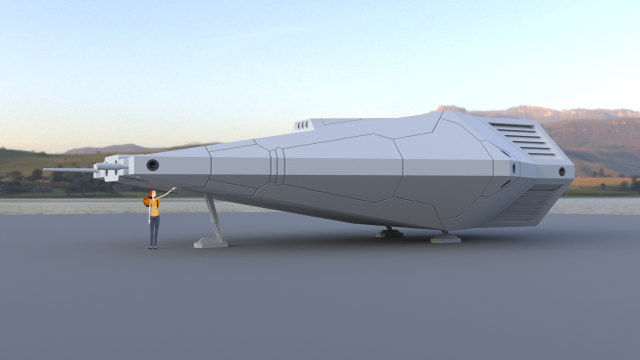 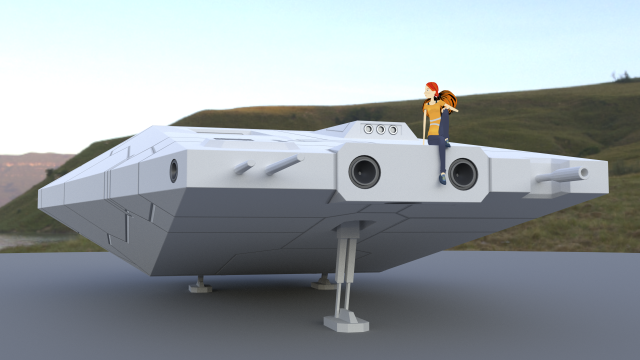 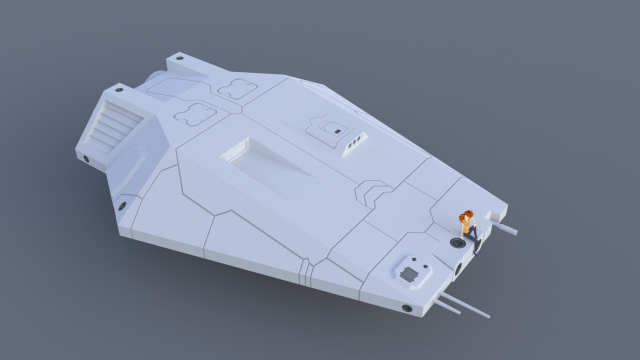 The Sinonatrix is kinda bigger than one wold expect, I guess.

I started sketching out some OPLI decals for us to use down the line: 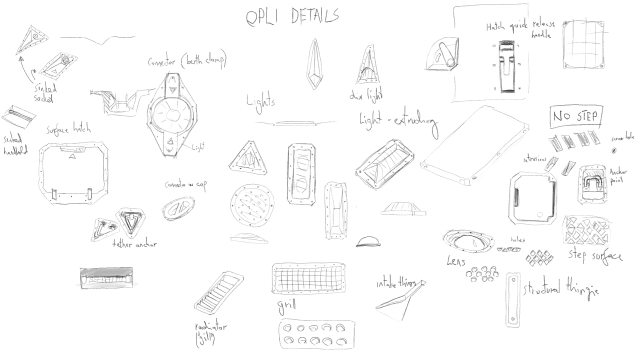 The detail on the above is really nice.
Top

Thanks! I'm putting the custom ones to this repo.
Point the custom decals dir of the addon here, and you should be able to use them.
I will most likely make an atlas from them with color and such too, which could be easier to reuse.
Top
Post Reply
18 posts