Since I don't want anyone to suffer from my horrible drawings I made a rough 3D sketch of a ship I had in mind. Included a Malabar (medium-sized ship) and an orbital station docking port for scale.

This is an ancient heavy transport ship of Haber Corp, initially designed for cargo transport to (and from) remote mining colonies.

For gameplay part, I was thinking of placing a few of these ships to be used as cheap orbital starports for poor/small colonies with no or very little space traffic. It will have very few (2 or maybe 4) docking ports which can serve small ships (not sure about medium size ships). They will have a very limited stock of commodities, and a small police force. You won't be able to buy-sell ships or modules. You will be able to refuel, repair and trade.

So where is the fun in that? I dunno. Maybe it can add some extra retro-scifi flavor to the game.

THIS IS A ROUGH SKETCH.

by impaktor
So this is a bulk ship?

Yeah, I also dream about bulk ships (full-stop?) where some can be converted to space station, i.e. some docking ports.

by nozmajner
I rather like the proportions of it.
I could draw over some shape suggestions if you want.

I was thinking about making something similar from the Longnose after it is done as a bulk ship. Eh, a rather slowly brewing project, considering I started working on it quite a couple of years ago. Adding some more elaborate container structure to it, and turning some of the containers into docks. I even wanted to turn it into a building, a tail landed colony center for young colonies. Providing power and some housing until the colony is more estabilished.

by WKFO
I would appreciate any kind of suggestions.

I also now want to make the containers larger than those I showed in the sketch. Those small ones require too much work (and possibly processing power).

It is essentially an upgraded version of a pre-FTL era ship design.

I do like this drawing noz made in irc yesterday that you guys discussed:
https://i.imgur.com/8sC4Qeq.png

I agree that the submarine tower adds interest / character to it. Then we just need an excuse to motivate its function. "It's wehere they store the quibbles"

by nozmajner
My justification for it to provide a vantage point to look at the containers without the need for a space walk.
It's not that visible on that sketch, but it is repeated at the bottom as well.

by WKFO
My argument is that I was planning to use these beams for lighting, camera inspection and power + RCS fuel transmission. 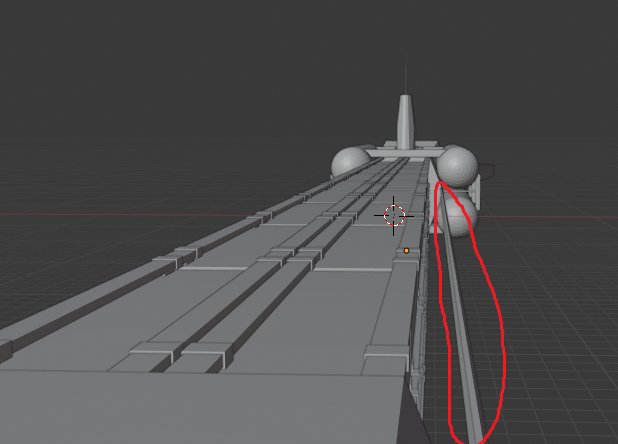 by nozmajner
Yeah, but one might want to have a higher vantage point to spot problems at a glance.
Not that the Longnose hase anything like it though...
All times are UTC
Page 1 of 3
Powered by phpBB® Forum Software © phpBB Limited
https://www.phpbb.com/