Some progress on the Sinonatrix overghaul I showed off a week or so first.
Slowly chipping away on the workflow as well. Only the engines have decals yet, but surface details will be made with them as well. The docking collar on the sides will also become a reusable asset for the other ships. Same for the radiators.
I'm using the OPLI engine prefabs I've already created.
Not too prominent, but it has twice as much RCSes on the bottom for hovering.
The main inspiration for it are '80s sportcars, like the Lamborghini Diablo, Countach and Lancia Stratos, since it is made for speed first and foremost, being a Courier.
The general dimensions are the same as the current Sinonatrix, maybe a bit of an increase in volume, since I'm ditching that narrowing rear section.

My main aim is to rework all OPLI ships with this direction of inspiration. The speedier ones drawing mainly from sports cars, the more mundane ships drawing from more mundane cars and truck, with some locomotives thrown in for the larger ones. Then the other manufacturers as well.
My goal is to up the visual fidelity and quiality of our ships a notch or two, and make them feel a bit more real without overdetailing them. And to figure out a nice workflow for the future and for other contributors.
(I know, I know, my momentum wasn't much big the recent years, but I'm hoping to resume work. An added bonus is that I am aiming to use these as modeling portfolio pieces as well. Let's hope I can keep up the momentum :) )

It currently has 18.5 k tris, likely going up to 20k in the end for the high LoD. I'm aiming to make it PBR and in-game decal ready, but for now I will bake down the decal details to the texture. 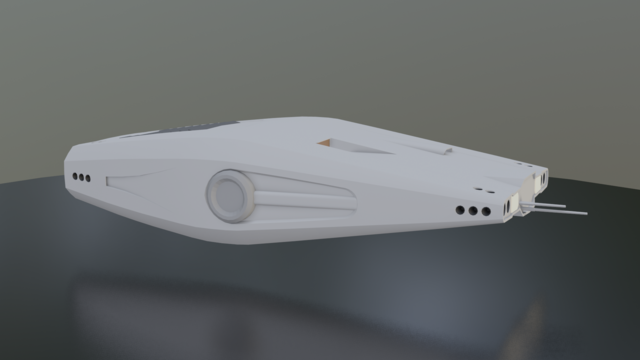 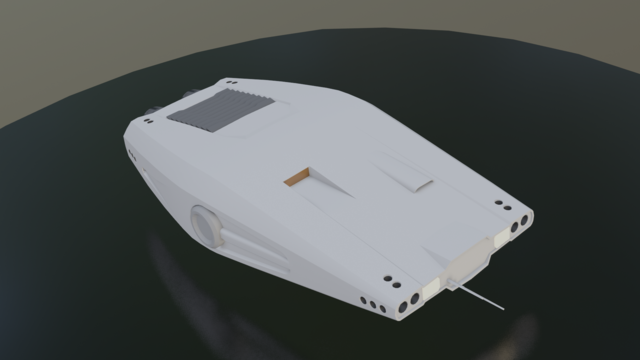 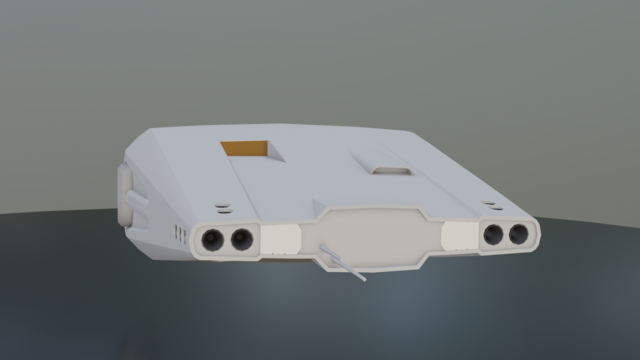 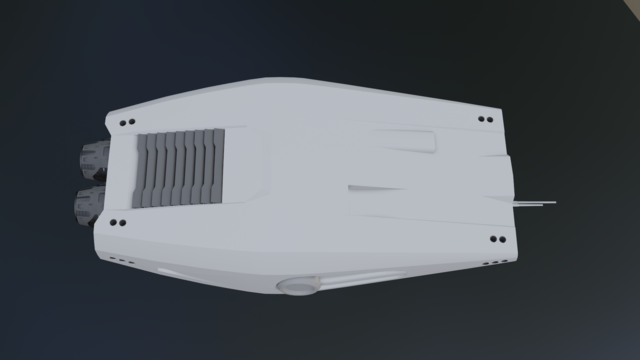 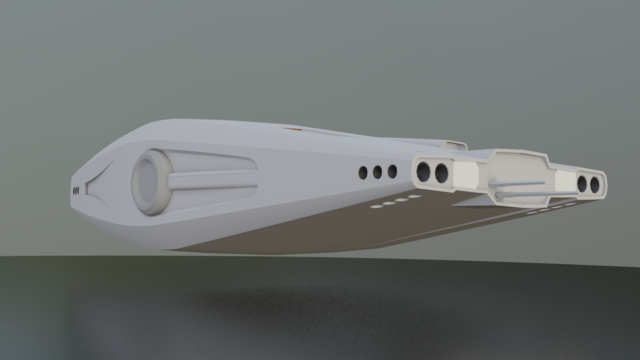 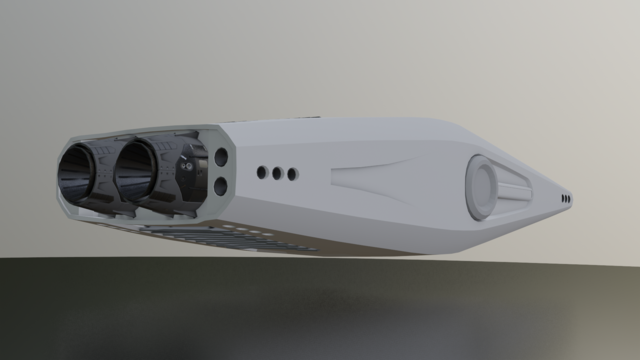 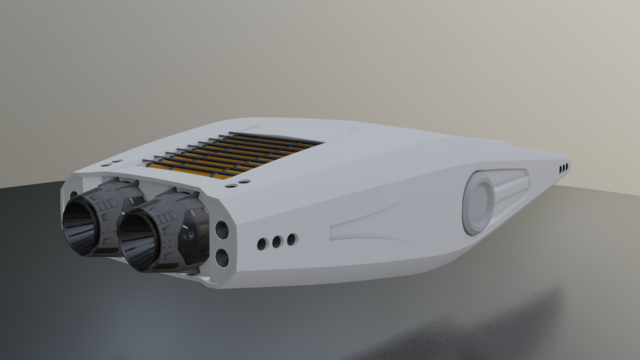 Very nice! Keep it up!
Top

Another bit of update, mostly detailing:
I'm thinking about adopting wheeled landing gear for most ships. Makes more sense being able to move them around on the landing pad.
I've added head and tail lights, and side lights as well. 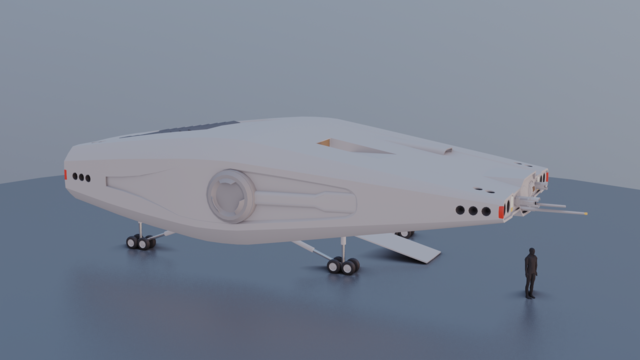 The docking collar likely won't have those spades sticking out. I'm thinking about making them retractable, in order to allow for the connection of a size down. This collar is an S1, with about 1m diameter opening for traversal. The S0 (escape pod) collar would fit snuggly in the inner slope if the spades are retracted. 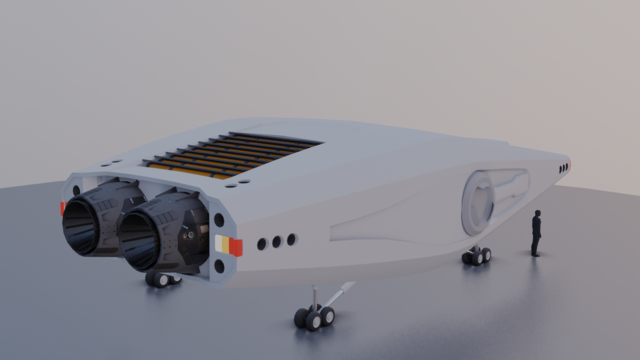 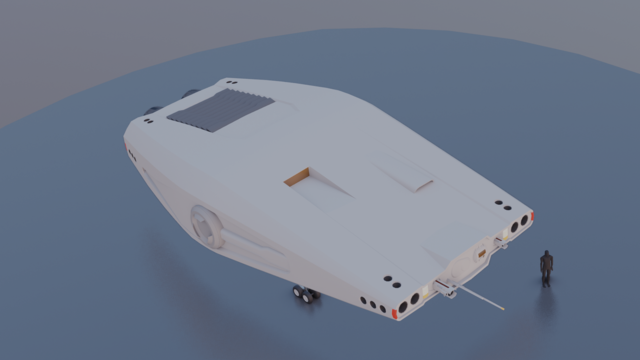 Only a narrow cargo ramp, but the cargo hold should be able to hold 35 1m^3 containers. 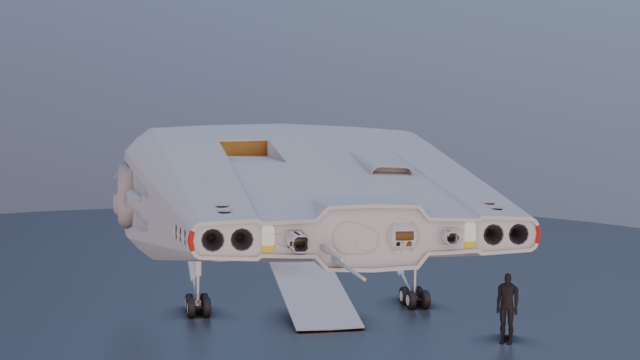 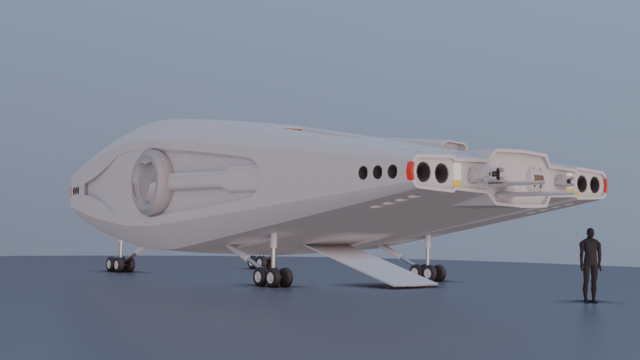 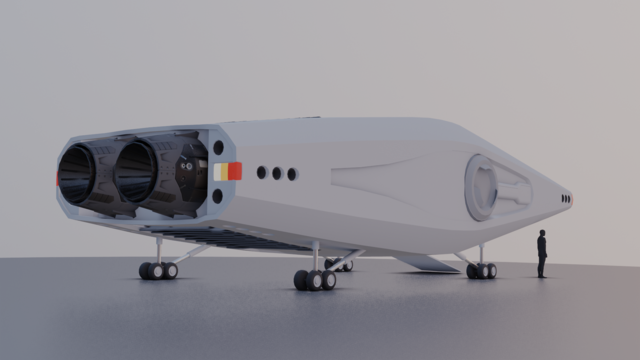 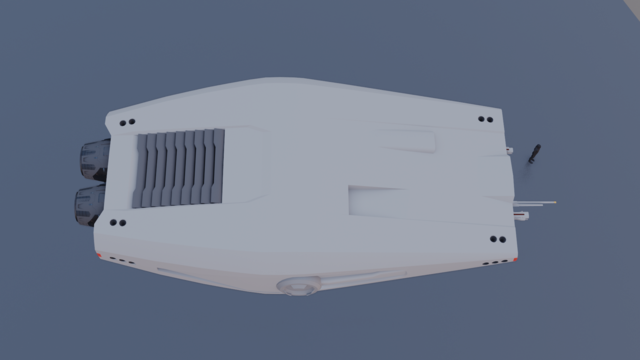 I'm planning on adding two fwd weapon slots, up to S2 sizes (based on those mockups from last year.
Most of the weapon body would still be inside the hull.
I've put a slightly gimballed sensor pod and a covering for a front facing radar/sensor package on the nose.
There will be room for a 8° gimball mount for an S1: 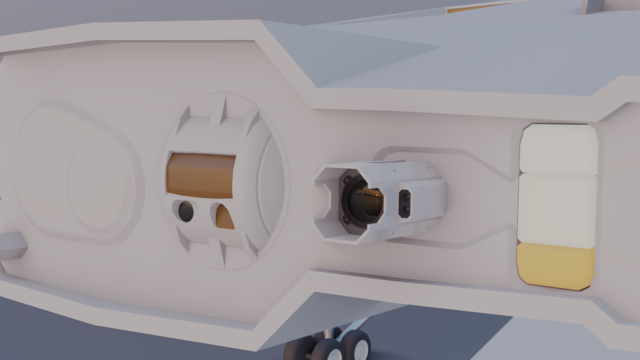 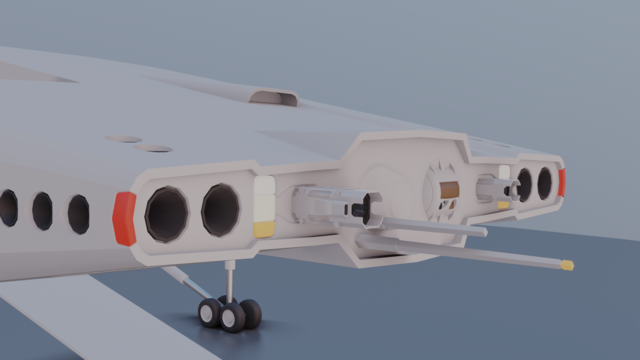 This is looking really nice!!

Im liking the direction of the greebling on the front - something I'd like to adopt for my future projects.

Criticisms:
- Im not sure I like the brake lights at the rear, they kinda remind me of my old Ford Escort! /:) The style doesn't seem to fit with the rest of the ship.
- I like the design of the landing struts but they feel a little flimsy compared to the overall bulk of the ship, could they be beefed-up?

Hmm. I scaled up the gears a bit, but only a bit. It looked kinda goofy and off-roadish if it was any larger.
Not sure yet what I will do to the tail lights, I kinda like them this way. But I'll try a couple of things.
All four gears ar up, and I did a bit of detail on them as well: 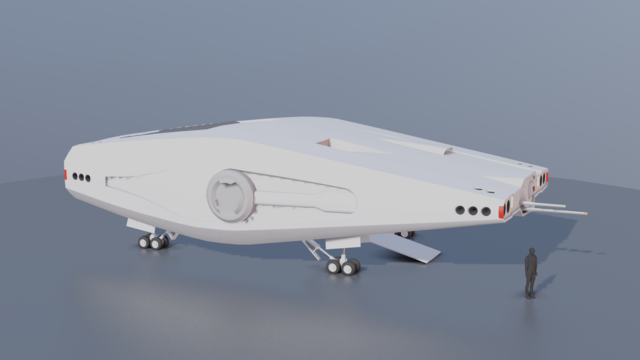 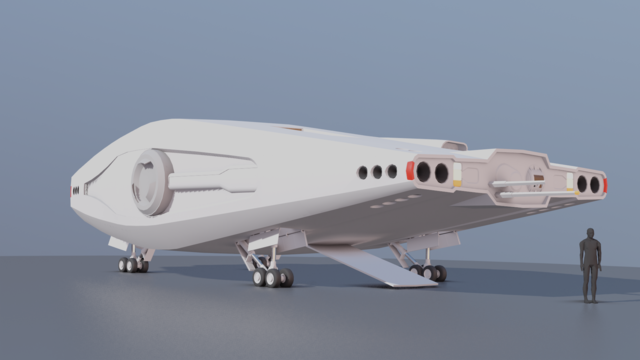 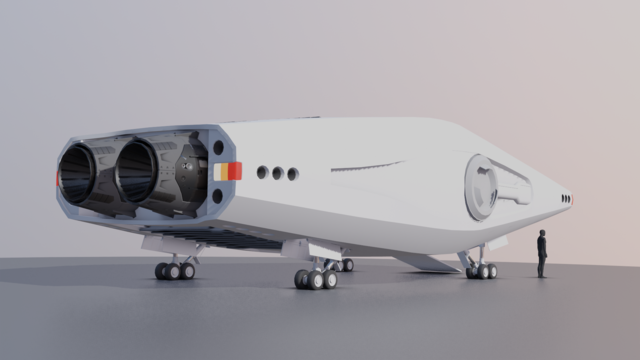 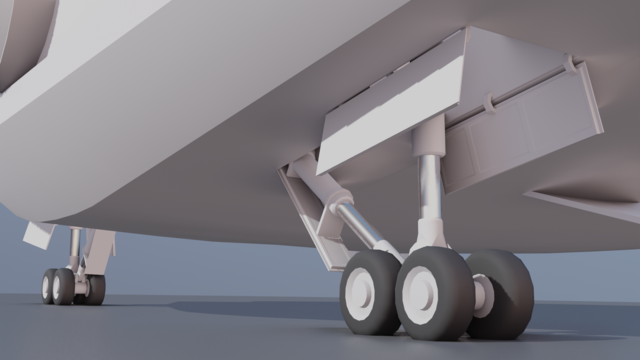 The gear is rigged as well. It needs a bit of a fine-tuning, but should be easy to reuse for other ships later on. Likely without the animation, since that needs to be matched to the hull shape. But it is easy enough to animate, and then bake the results to the objects.
Top

The modified gear look better to me at that scale - tho Im always impressed by how spindly landing gear looks on airliners and they seem to cope just fine... The animation is really nice and feels believable.
Top
Post Reply
6 posts • Page 1 of 1