Also, getting your students to make an UV for it - genius!
Top

I have similar feelings about the current DSMiner.
I re-UV-ed it a while back, so at least there could be a baked AO on it but didn't changed the textures apart from baking. I inteded it as a temporary fix anyway.
I think it's details are quite random, as in random tapering extrusions and intrusions to have detail. On my new version I tried to be more sensible and clean, although some parts still look a bit random around the bridge area.
Top

A quick sketch of an OPLI space-only shuttle. Inspired by an ancient arthopod. 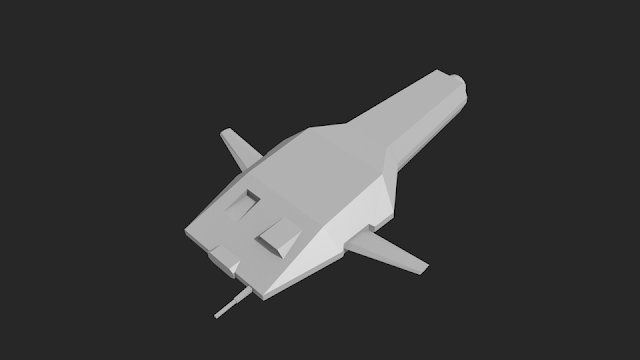 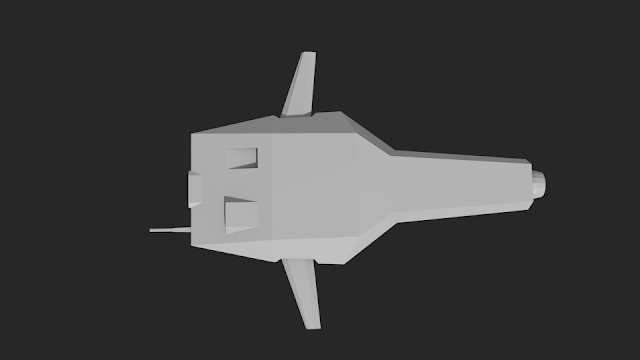 A hull shape idea in sketchfab - This one is a fighter but I have a version of it in my head as a medium/large transport...

Yes, it looks quite interesting. It has a certain Streamline Moderne vibe, but with a socialist twist. Which is a good thing if you ask me. 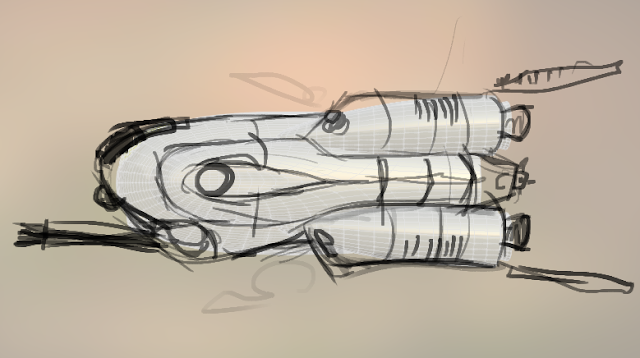 On this sketch I made the front of the fuselage a bit asymmetric, kinda like the shape of a Guppi.
I've added a barrel to that orb, I assumed that's a gun mount. And I also moved it back a bit.
To the back I've added some tapering, which holds an RCS cluster.
I've changed the shape of the nacelles a bit too, and shrinked the thruster bells too. And added the typical Kaluri fins too. (Since you named it after a fish, I assumed it's a Kaluri craft)
Top

Damn it! Why is it when ever you put a pen to one of my attempts it always looks better!!! I really like what you are suggesting. I still hadn't figured out what I was going to with the turret but it was along the lines of what you have drawn. I this was largely me learning how to better handle subserf and intersection so not a full project in itself yet - I just wanted to get the hull shape down somewhere before I forgot :)
Top

After I put all ships in a file and checked which manufacturer has what in terms of size, I dusted off one of my early ALBR sketches (should be somewhere in the beginning of this thread), redrew it and made quick 3D blockout.
So let me introduce Sador:
It's somewhere in the Ballpark of the Bowfin for size, so a Ligth/Medium fighter. Two seater by default. Space-only and atmo-capable versions.
The model is quite low quality, only serves to show the basic shape and proportions. It's up for grabs for anyone who want to model it, I won't be starting it until I finish the ships already in the works, I promise. 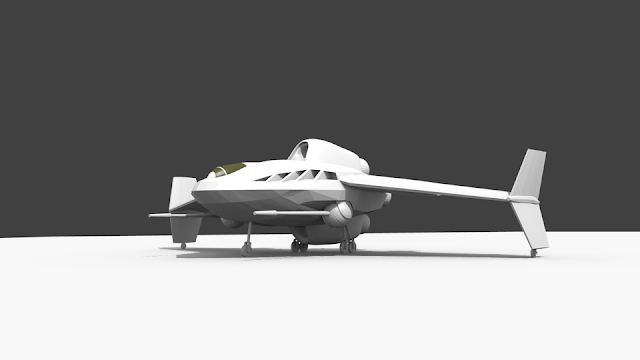 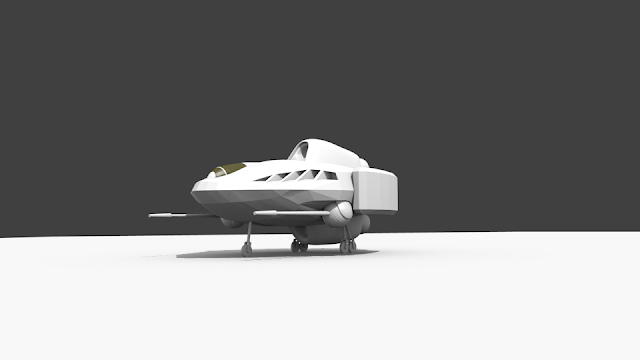 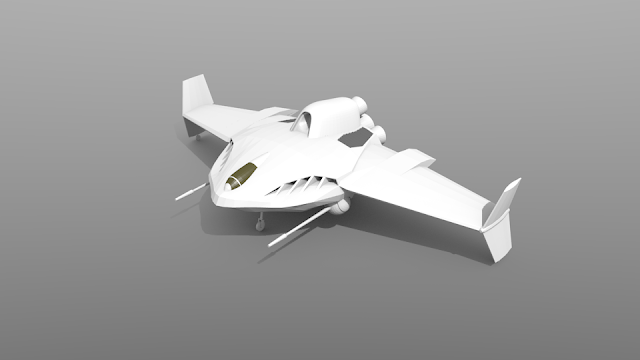 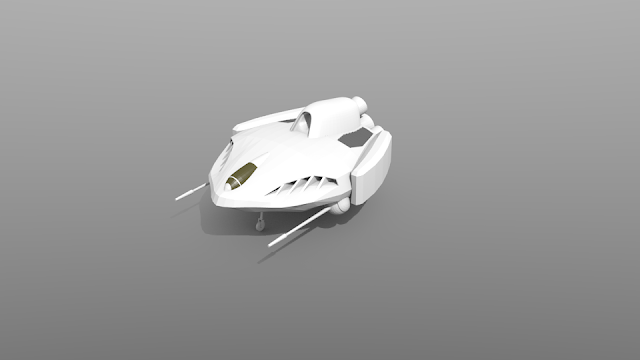 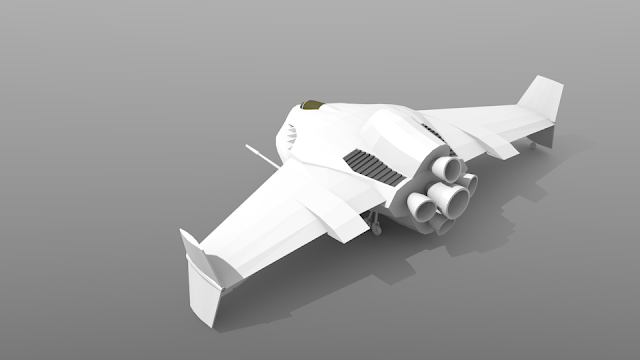 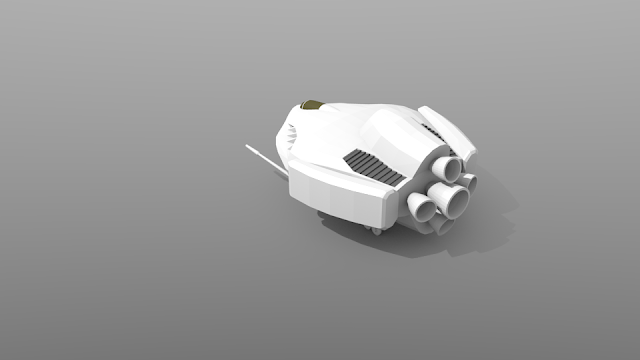 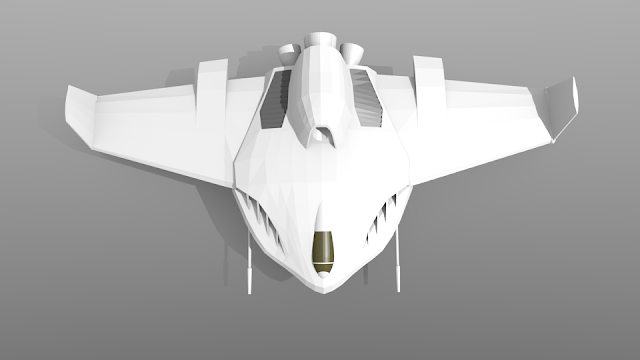 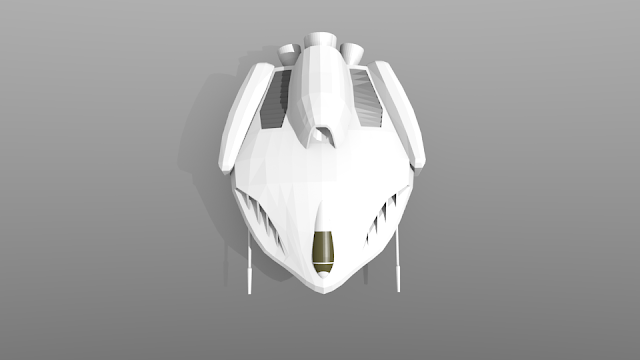 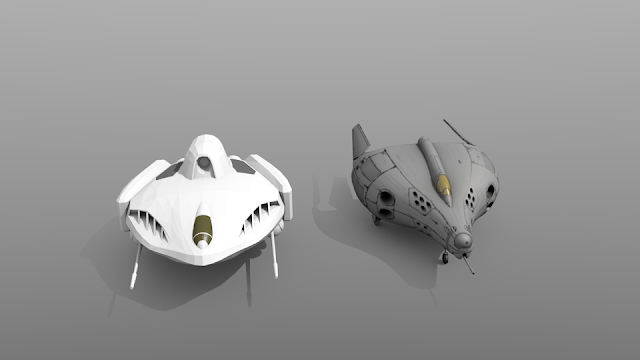 Absolutely love it - this could turn out to be one of my favorites! :)
Top
Post Reply
122 posts